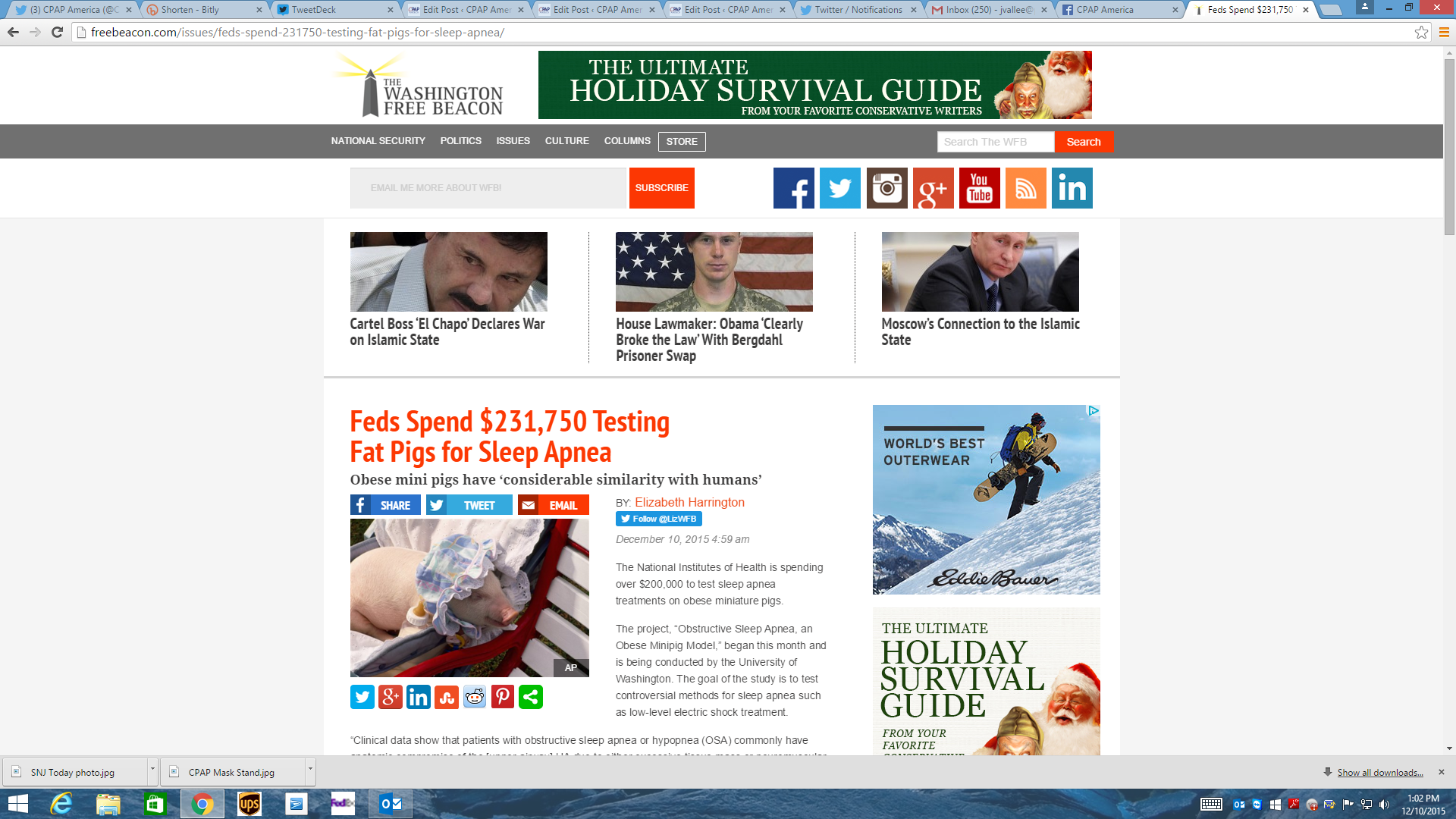 Are Obese Pigs Being Tested For Sleep Apnea?

Do pigs have sleep apnea?

The National Institutes of Health is spending over $200,000 to test sleep apnea treatments on obese miniature pigs.

The project, “Obstructive Sleep Apnea, an Obese Minipig Model,” began this month and is being conducted by the University of Washington. The goal of the study is to test controversial methods for sleep apnea such as low-level electric shock treatment.

“Clinical data show that patients with obstructive sleep apnea or hypopnea (OSA) commonly have anatomic compromise of the [upper airway] UA due to either excessive tissue mass or neuromuscular compromise of the tongue base and/or soft palate,” according to the grant for the project. “However, information about how shape and mobility of the tongue base and soft palate contribute to the [upper airway] collapse during sleep is very limited.”

“Human study cannot address these critical questions underlying the pathogenesis and pathophysiology of [obstructive sleep apnea] because of the invasive technology necessary,” the grant continued. “Thus, a suitable and reliable animal model is an imperative.”

Obese mini pigs were chosen because they have “considerable similarity with humans.”

To view the rest of this sleep apnea related article, click below: