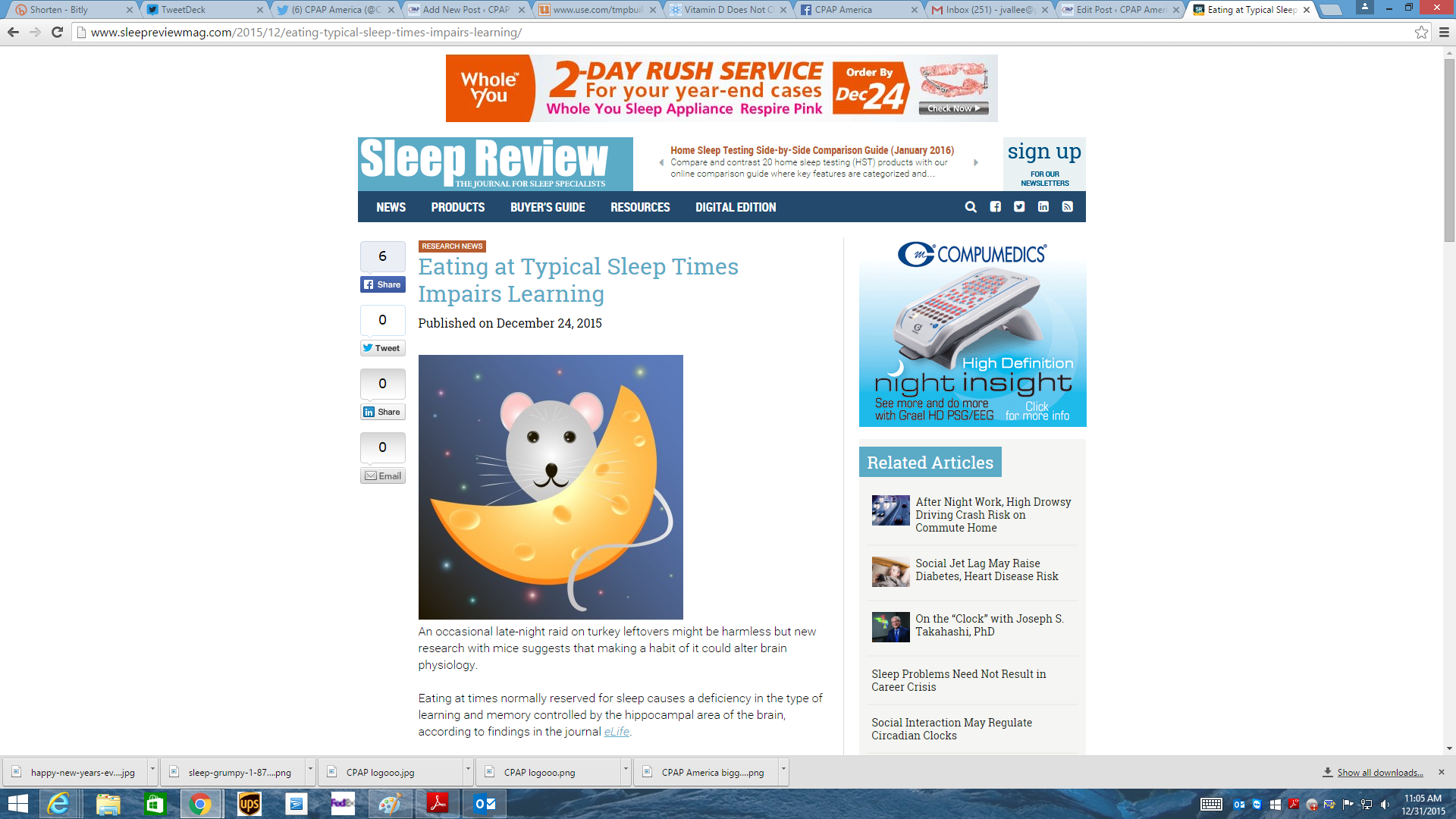 An occasional late-night raid on turkey leftovers might be harmless but new research with mice suggests that making a habit of it could alter brain physiology.

Eating at times normally reserved for sleep causes a deficiency in the type of learning and memory controlled by the hippocampal area of the brain, according to findings in the journal eLife.

Researchers from the Semel Institute in the David Geffen School of Medicine at University of California, Los Angeles (UCLA) became interested in the cognitive effects of eating at inappropriate hours because it is already known to have an impact on metabolic health, for example leading to a pre-diabetic state.

“We have provided the first evidence that taking regular meals at the wrong time of day has far-reaching effects for learning and memory,” says first author Dawn Loh from the UCLA Laboratory of Circadian and Sleep Medicine, in a release. “Since many people find themselves working or playing during times when they’d normally be asleep, it is important to know that this could dull some of the functions of the brain.”

The researchers stress that their findings have not been confirmed in humans, but highlight the fact that shift workers have been shown to perform less well on cognitive tests.

The current study shows that some learned behaviors are more affected than others. The team tested the ability of mice to recognize a novel object. Mice regularly fed during their sleep-time were significantly less able to recall the object. Long-term memory was also dramatically reduced, demonstrated during a fear conditioning experiment.

To view the rest of the article involving lack of sleep, click below: