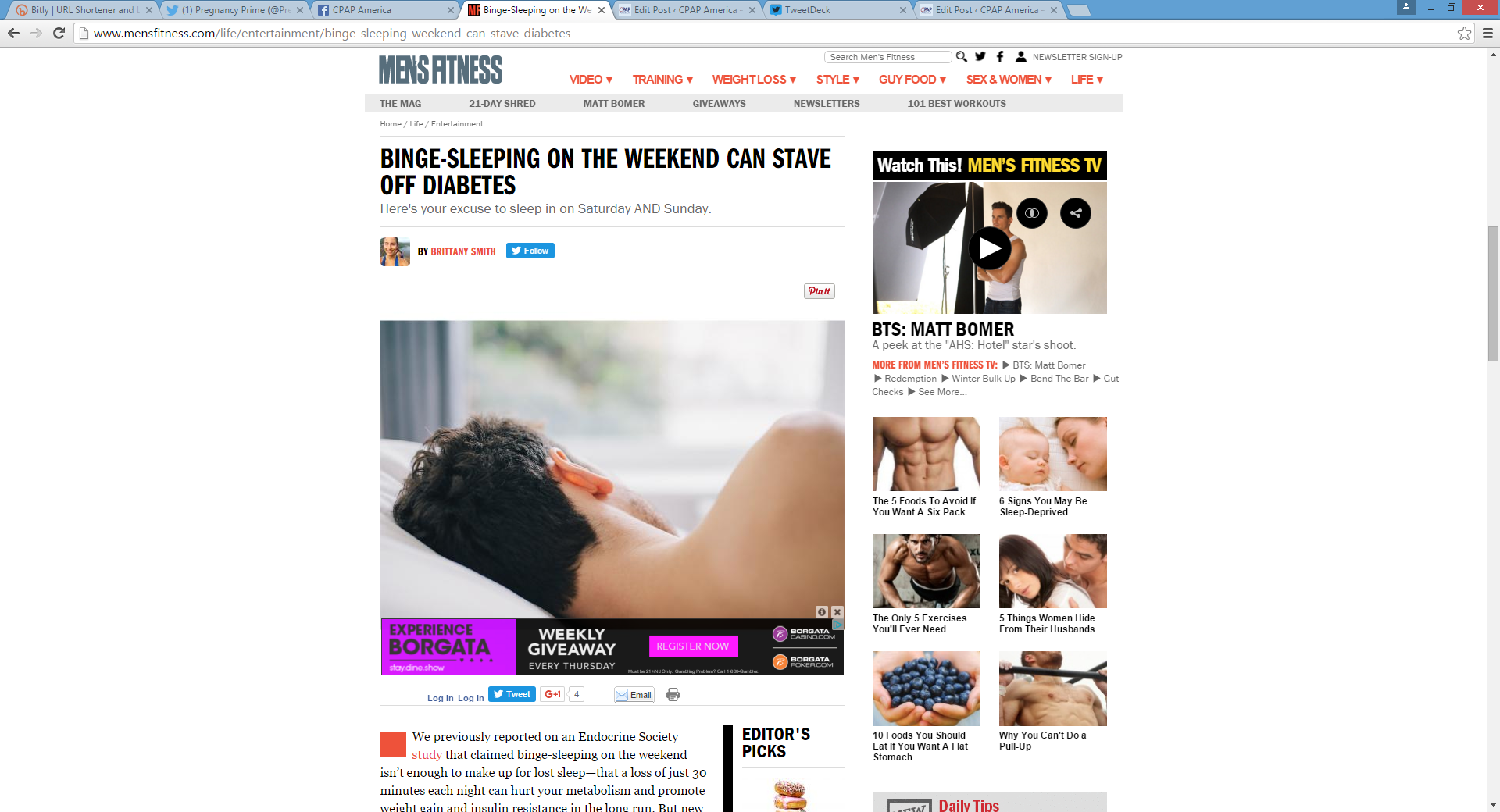 Can you stave off diabetes with sleep?

We previously reported on an Endocrine Society study that claimed binge-sleeping on the weekend isn’t enough to make up for lost sleep—that a loss of just 30 minutes each night can hurt your metabolism and promote weight gain and insulin resistance in the long run. But new research from the University of Chicago says otherwise.

Though this new research was conducted on a markedly smaller participant group (19 volunteers, as opposed to 522), the researchers claim two consecutive nights of extended sleep (a.k.a. your Saturday and Sunday) can counteract the increased risk for diabetes associated with the short-term sleep restriction that plagues your work week. And there’s particularly good news for the typical Men’s Fitness reader: These results were seen in healthy, lean, young men who consumed a controlled diet.

To read the rest of this sleeping related article, click here: