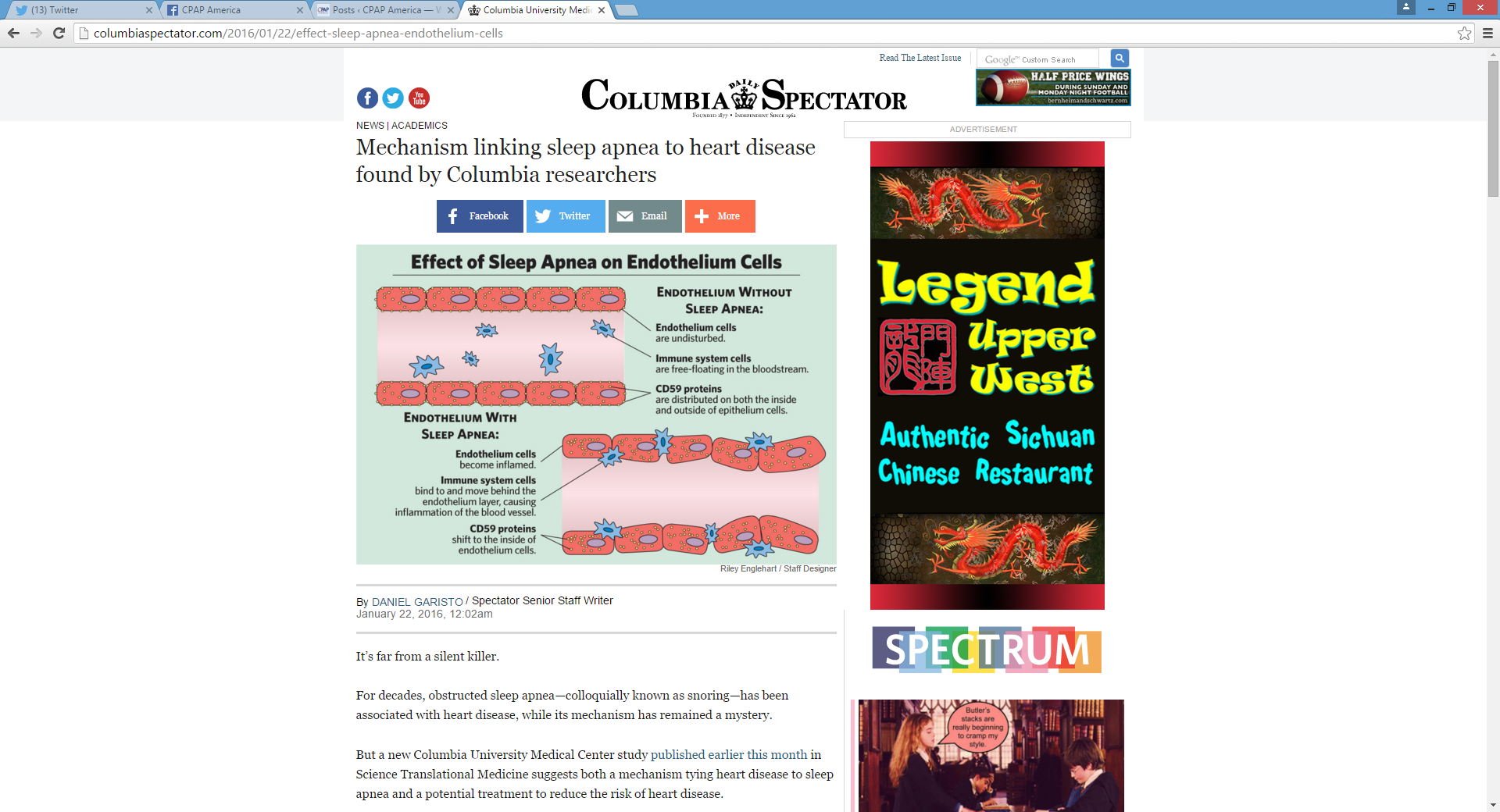 It’s far from a silent killer.

For decades, obstructed sleep apnea—colloquially known as snoring—has been associated with heart disease, while its mechanism has remained a mystery.

But a new Columbia University Medical Center study published earlier this month in Science Translational Medicine suggests both a mechanism tying heart disease to sleep apnea and a potential treatment to reduce the risk of heart disease.

Twenty-two million Americans are estimated to suffer from some degree of sleep apnea. Although often thought of simply as snoring, sleep apnea has a laundry list of related conditions that range from heart disease to cancer.

This variety of related conditions can be tied back to the central characteristic of sleep apnea, according to Sanja Jelic, an associate professor of medicine at CUMC and co-author of the paper.

“During sleep, the muscles of the upper airway normally relax,” she said. “In these people, they relax too much, so there’s an occlusion of the airway.”

This blocked airway prevents air intake and can lead to dangerously low levels of oxygen, known as hypoxia.

Intermittent hypoxia—another form of hypoxia which operates in patterns—is responsible for the tiredness and fatigue that has been attributed to thousands of car crashes.

To read the rest of this sleep apnea related article, click here: