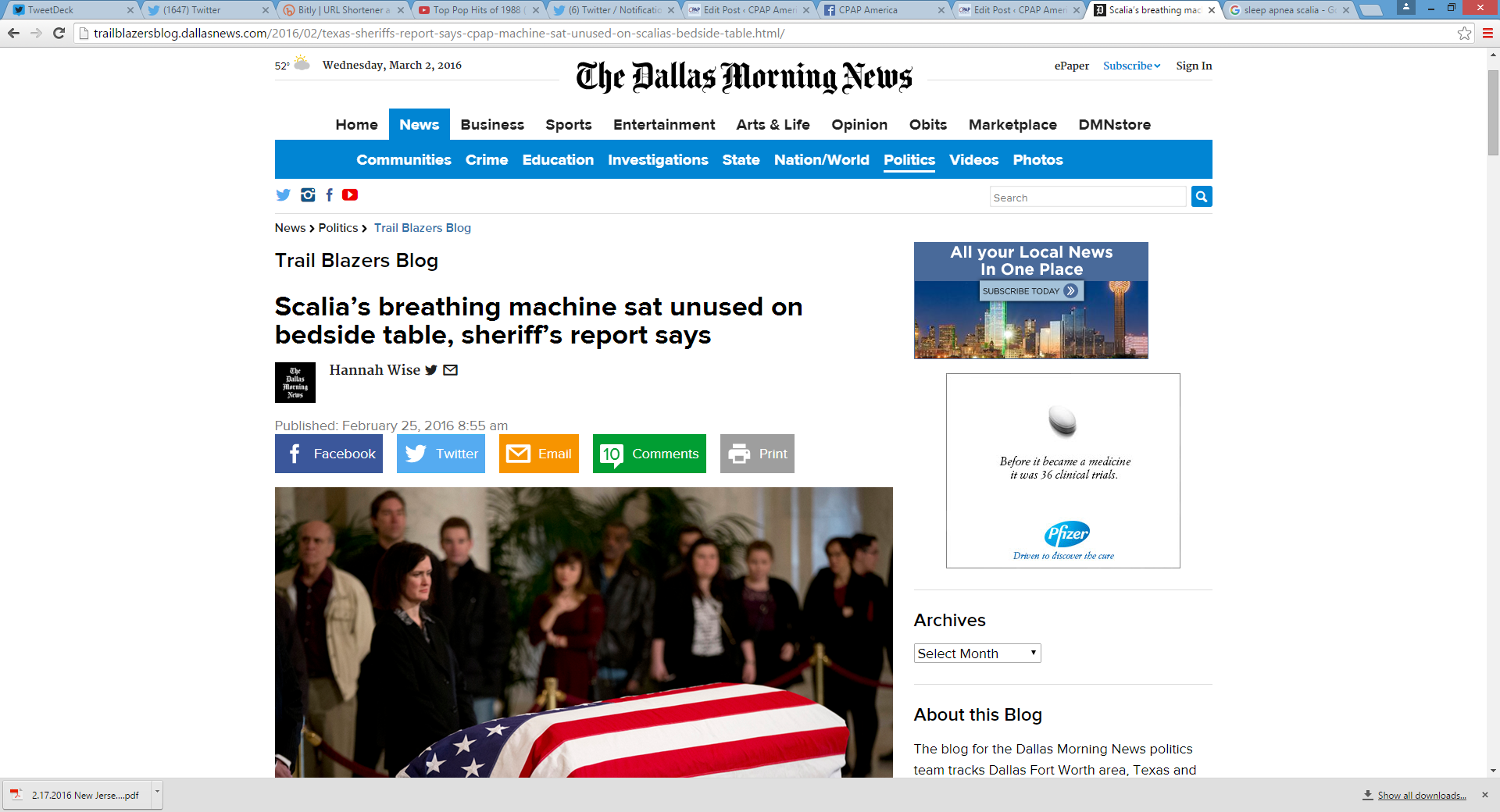 Was the death of Justice Scalia sleep apnea related?

Was sleep apnea a factor in Justice Scalia’s death?

The days after Supreme Court Justice Antonin Scalia died at a Texas hunting ranch were marred with confusion and speculation. The Presidio County Sheriff’s Office released an incident report late Tuesday night in response to a records request made by The Washington Post.

Here are the most striking details from it:

Sheriff Danny Dominguez says Cibolo Creek Ranch owner John Poindexter reported the death at the ranch near Marfa but refused to tell the sheriff who had died.

“I then advised Poindexter that a death reported in Presidio County was under my jurisdiction and that it should be reported to my office,” Dominguez said in his report. “He then stated to me that this death was way beyond my authority and that it should go to the feds.”

The sheriff relented and agreed to put Poindexter in touch with the U.S. Marshals Service. Dominguez met the marshals at the ranch and also contacted County Judge Cinderela Guevara, who would later pronounce Scalia dead from natural causes — without seeing his body.

The sheriff went on to document what he saw in Scalia’s room at the ranch.

According to the sheriff’s report, Scalia was lying in bed with his arms at his side and his bed covers smooth. Nearby was his suitcase, which was open and full of neatly folded clothes.

Only one thing appeared amiss: a breathing apparatus. The small device, called a Continuous Positive Airway Pressure (CPAP) machine, was on the nightstand next to him — but unplugged and not turned on.

The finding has sparked speculation that Scalia may have forgotten to use it that night.