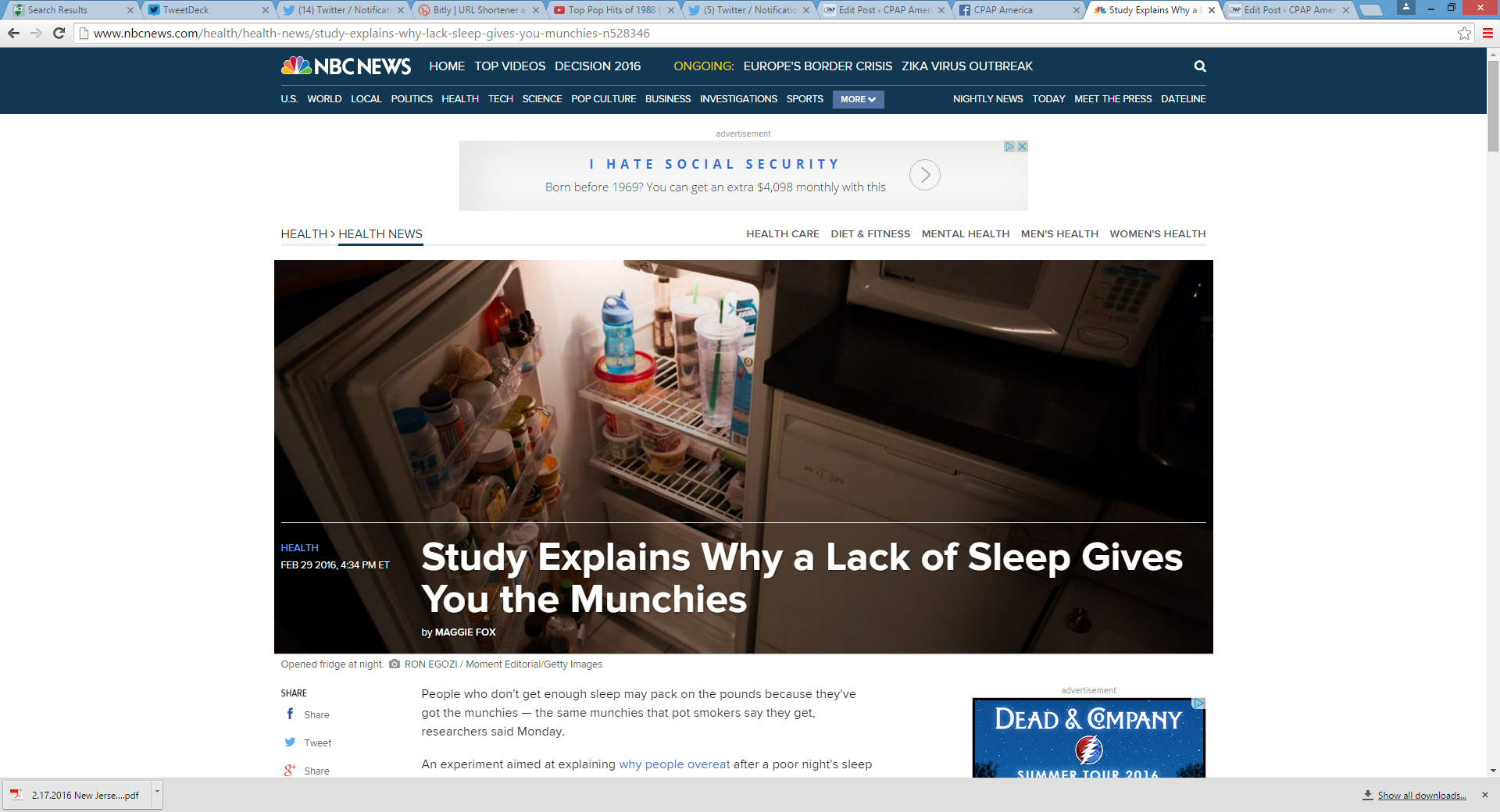 Can lack of sleep lead to the munchies?

People who don’t get enough sleep may pack on the pounds because they’ve got the munchies — the same munchies that pot smokers say they get, researchers said Monday.

An experiment aimed at explaining why people overeat after a poor night’s sleep suggests that food becomes much more appealing, and that the brain’s own marijuana-like chemicals are responsible.

“We know that when people use marijuana, they overeat. And they tend to eat things that are yummy and rewarding,” said Erin Hanlon, a research associate in endocrinology at the University of Chicago who helped lead the study.

Hanlon, working as part of a team that’s been studying sleeping and eating habits, looked at a brain chemical called endocannabinoid 2-arachidonoylglycerol (2-AG for short). It resembles the same chemicals found in cannabis, but it’s made in the brain and affects pain, pleasure and appetite.

When volunteers were deprived of sleep, their levels of 2-AG stayed higher, for longer, and they also snacked on unhealthier foods, Hanlon’s team reported in the journal Sleep.

It was a small but intense study of 14 people in their 20s, who agreed to spend four days at a stretch in the university’s sleep center, where they stayed in rooms where light and sound were controlled. Everyone got carefully prepared and measured meals so the researchers could see exactly what they ate.