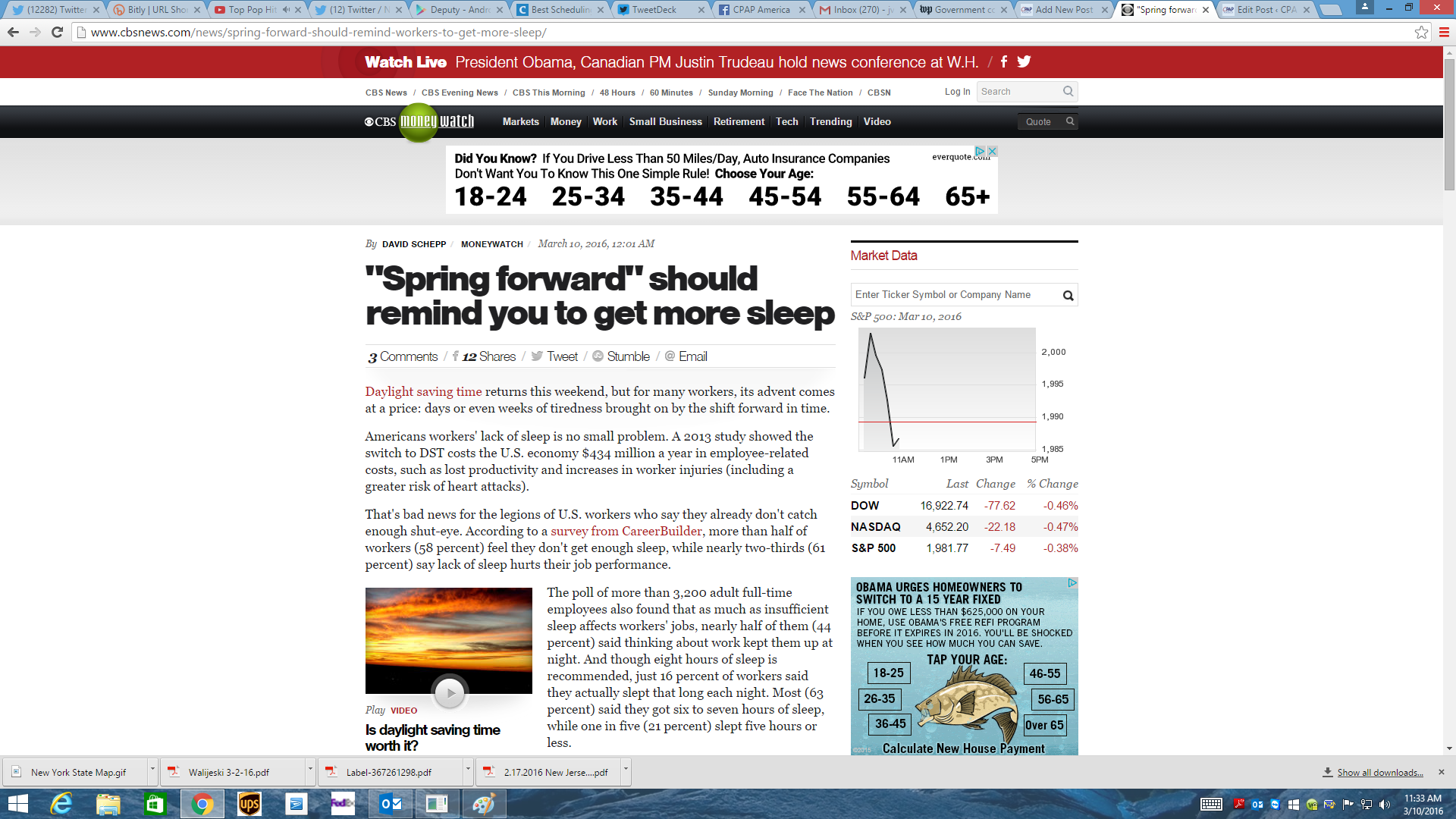 Daylight Savings Time Is this weekend, so sleep more!

Daylight savings time returns this weekend, but for many workers, its advent comes at a price: days or even weeks of tiredness brought on by the shift forward in time.

Americans workers’ lack of sleep is no small problem. A 2013 study showed the switch to DST costs the U.S. economy $434 million a year in employee-related costs, such as lost productivity and increases in worker injuries (including a greater risk of heart attacks).

That’s bad news for the legions of U.S. workers who say they already don’t catch enough shut-eye. According to a survey from CareerBuilder, more than half of workers (58 percent) feel they don’t get enough sleep, while nearly two-thirds (61 percent) say lack of sleep hurts their job performance.

The poll of more than 3,200 adult full-time employees also found that as much as insufficient sleep affects workers’ jobs, nearly half of them (44 percent) said thinking about work kept them up at night. And though eight hours of sleep is recommended, just 16 percent of workers said they actually slept that long each night. Most (63 percent) said they got six to seven hours of sleep, while one in five (21 percent) slept five hours or less.

The CareerBuilder survey also found that some workers are too exhausted to make it to work: One in five poll respondents (21 percent) saying they had called in sick for the purpose of getting extra sleep.

Rest has taken a back seat to workers’ concerns about keeping up with work, which comes at the expense of vacation days and even sick days, said Rosemany Haefner chief human resources officer at CareerBuilder. But devotion to work isn’t necessarily making U.S. workers more productive, she said, adding that companies are beginning to see the toll lack of sleep is taking on employees.