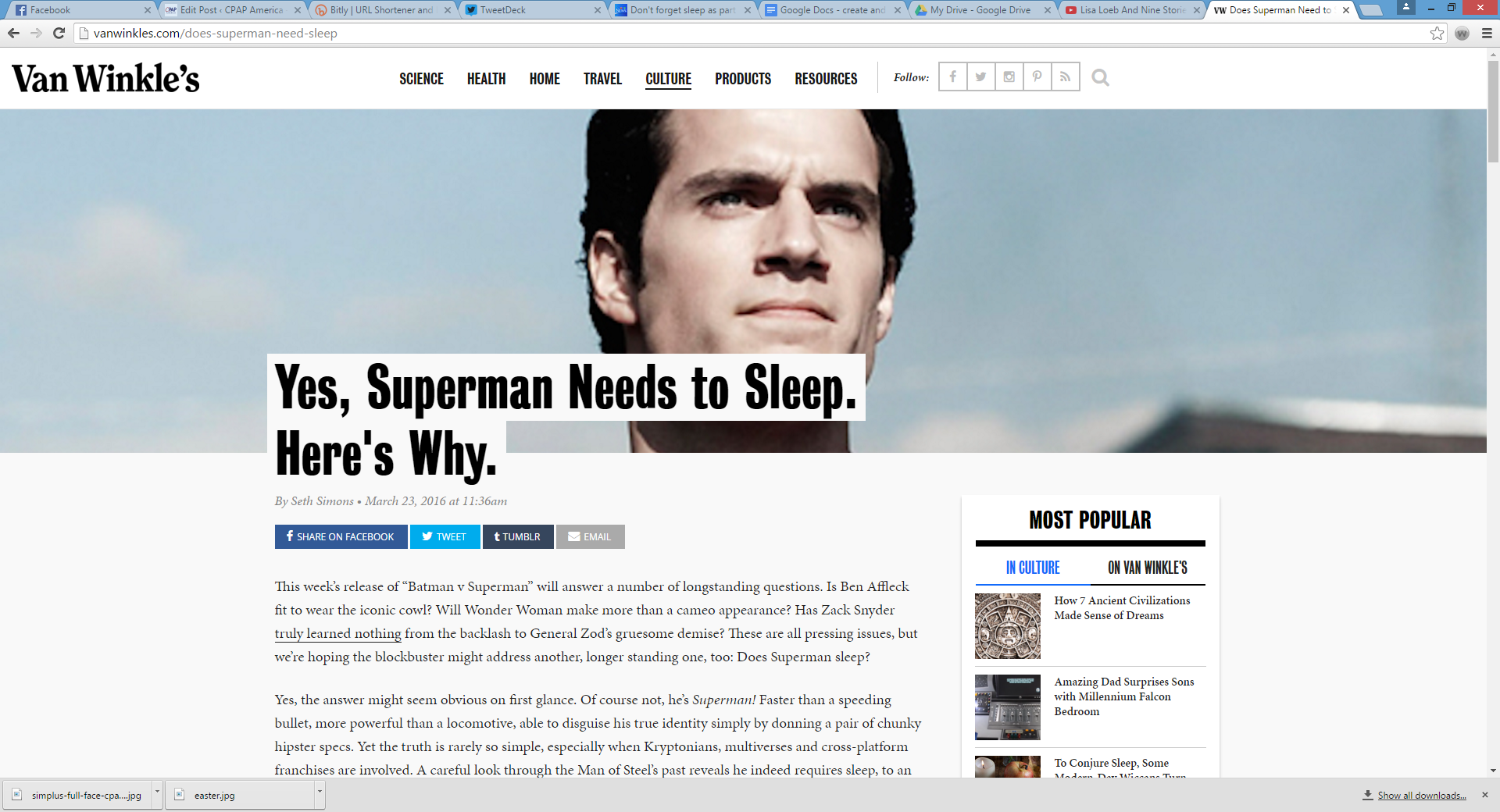 Superman Sleeps? Yes He Does!

This week’s release of “Batman v Superman” will answer a number of longstanding questions. Is Ben Affleck fit to wear the iconic cowl? Will Wonder Woman make more than a cameo appearance? Has Zack Snyder truly learned nothing from the backlash to General Zod’s gruesome demise? These are all pressing issues, but we’re hoping the blockbuster might address another, longer standing one, too: Does Superman sleep?

Yes, the answer might seem obvious on first glance. Of course not, he’s Superman! Faster than a speeding bullet, more powerful than a locomotive, able to disguise his true identity simply by donning a pair of chunky hipster specs. Yet the truth is rarely so simple, especially when Kryptonians, multiverses and cross-platform franchises are involved. A careful look through the Man of Steel’s past reveals he indeed requires sleep, to an extent — though not for the same reasons reasons as we mere earthlings.

First, some review. As the story goes, Superman gets his power from the Earth’s yellow sun. If we’re being pedantic about it, and we are being pedantic about it, his cells absorb and metabolize the sun’s energy just as plants do, though he sustains that energy at night thanks to the super-charged nature of yellow stars — as opposed to Krypton’s red. (Duh.) He’s basically a biological solar battery, converting the sun’s energy into whatever abilities his writers see fit: heat vision, invulnerability, superhuman strength and endurance and other such skills that have grown or waned in strength over the years.