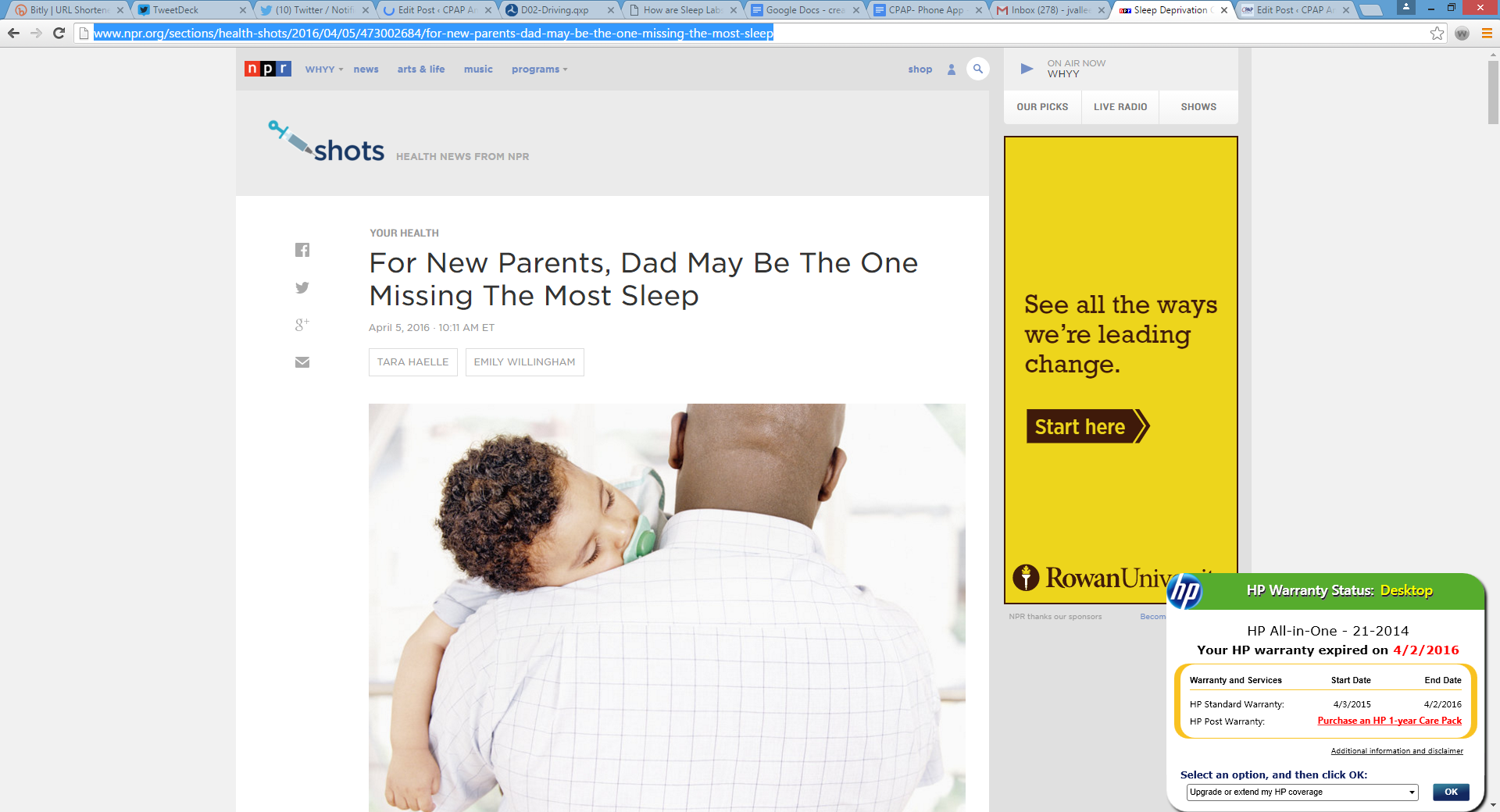 Which New Parent Will Sleep Less? Results may surprise

If you haven’t experienced it, no simple description will capture the feeling of deep, dizzying fatigue that can accompany the first few weeks with a newborn.

By the third child, Emily was wishing for an infant boarding school that could keep her son for those first few weeks of constant night waking and return him in a semiregulated state at about eight weeks. Well, not really, but the thought might have crossed her admittedly addled brain at 3 a.m. on several successive nights.

You might think that mothers, being the ones with the breast milk, have it the worst. But science seems to indicate otherwise.

For example, one 2013 study of 21 mother-father pairs enjoying their first infant experience found that fathers actually got less sleep than the mothers and experienced more confirmed sleepiness, as measured using wrist trackers. The study authors also found that even though the mothers got more sleep, their sleep was disturbed more often, which makes sense given their role in feeding.

Both parents reported feeling about the same level of tiredness, but mothers scored worse on neurobehavioral testing (all those awakenings). Lest you think that maybe that study, with its small sample, was a one-off, a 2004 study of 72 couples during the first postpartum month also used wrist trackers and also found that fathers had objectively less sleep than mothers. Sleep was measured throughout the day, though, and the mothers appeared to play catch-up during daytime hours when fathers were unable to do so.