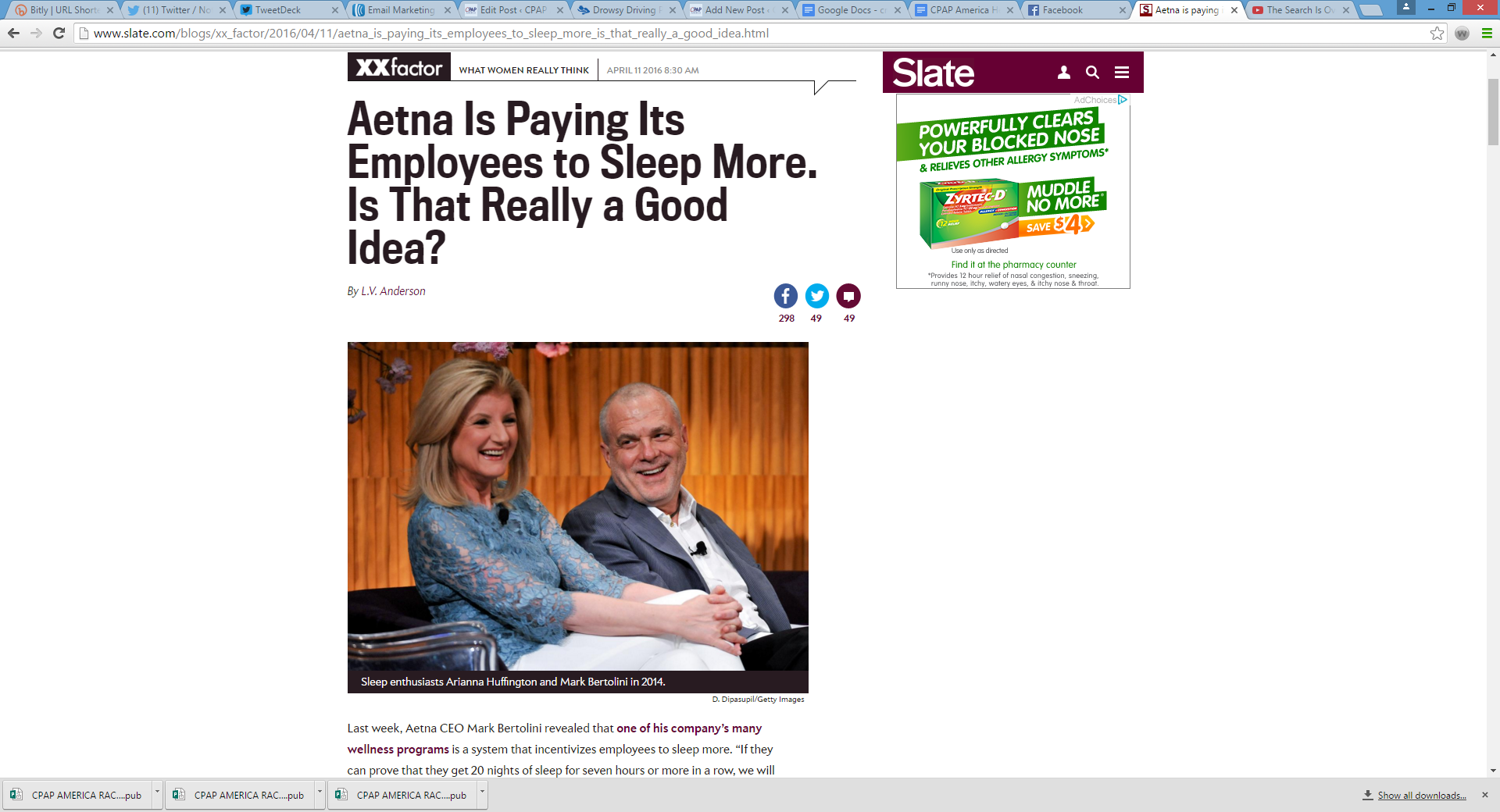 Last week, Aetna CEO Mark Bertolini revealed that one of his company’s many wellness programs is a system that incentivizes employees to sleep more. “If they can prove that they get 20 nights of sleep for seven hours or more in a row, we will give them $25 a night, up to $500 a year,” Bertolini said on CNBC’s Squawk Box, in a segment with fellow shuteye champion Arianna Huffington, who has just released a book called The Sleep Revolution. He said Aetna employees have “all sorts of different ways of proving it,” including wearing Fitbits to track their sleep patterns.

Aetna’s sleep program sounds like a great idea. After all, the average American gets too little sleep, and sleep deficits can lead to health and cognition problems. According to the New Yorker’s Maria Konnikova, who wrote a fascinating series on the science of sleep last year, “If you sleep six hours a night for twelve days … your cognitive and physical performance becomes virtually indistinguishable from that of someone who has been awake for twenty-four hours straight”—which is itself virtually indistinguishable from the performance of a drunk person. It’s not good for companies, or for employees, when employees are stumbling around with the cognitive capabilities of spring breakers, so it makes sense that Aetna would want to encourage its workers to take their rest more seriously.

But Aetna’s program doesn’t seem like the best way to do it. For what it’s worth, Bertolini got the details of the program wrong on CNBC: According to Aetna communications director Ethan Slavin, employees who participate in Aetna’s Healthy Lifestyles program earn $25 for every 20 nights in which they sleep seven hours or more, with a cap of $300 per year. That means that if they sleep seven hours or more on 240 days per year, they’ll get the full $300. (Employees who max out their sleep earnings can also earn up to an additional $200 a year by logging other healthy activities.)