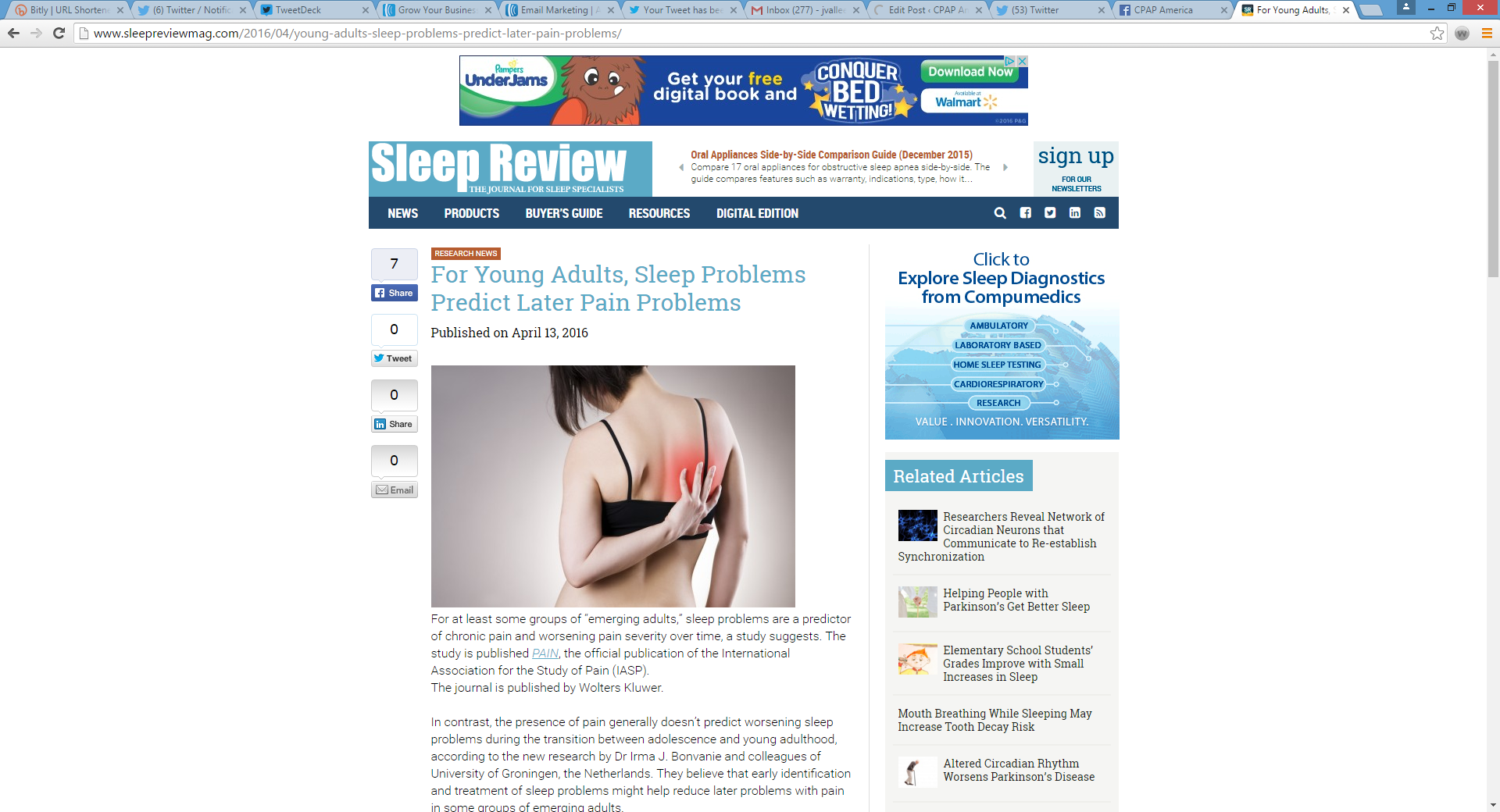 For at least some groups of “emerging adults,” sleep problems are a predictor of chronic pain and worsening pain severity over time, a study suggests. The study is published PAIN, the official publication of the International Association for the Study of Pain (IASP). The journal is published by Wolters Kluwer.

In contrast, the presence of pain generally doesn’t predict worsening sleep problems during the transition between adolescence and young adulthood, according to the new research by Dr Irma J. Bonvanie and colleagues of University of Groningen, the Netherlands. They believe that early identification and treatment of sleep problems might help reduce later problems with pain in some groups of emerging adults.

Which Comes First—Sleep Problems or Pain?

Bonvanie and colleagues analyzed bidirectional relationships between sleep problems and pain in a follow-up study of young adults, ages 19-22. The study focused on overall chronic pain as well as specific types of pain: musculoskeletal, headache, and abdominal pain.

The long-term associations between sleep problems and three pain types were compared between the sexes, and the mediating effects of anxiety and depression, fatigue, and physical activity were explored. The study included approximately 1,750 young Dutch men and women who were followed for three years.

About half of young people who had sleep problems at the initial evaluation still had them three years later. At baseline, subjects with sleep problems were more likely to have chronic pain and had more severe musculoskeletal, headache, and abdominal pain.