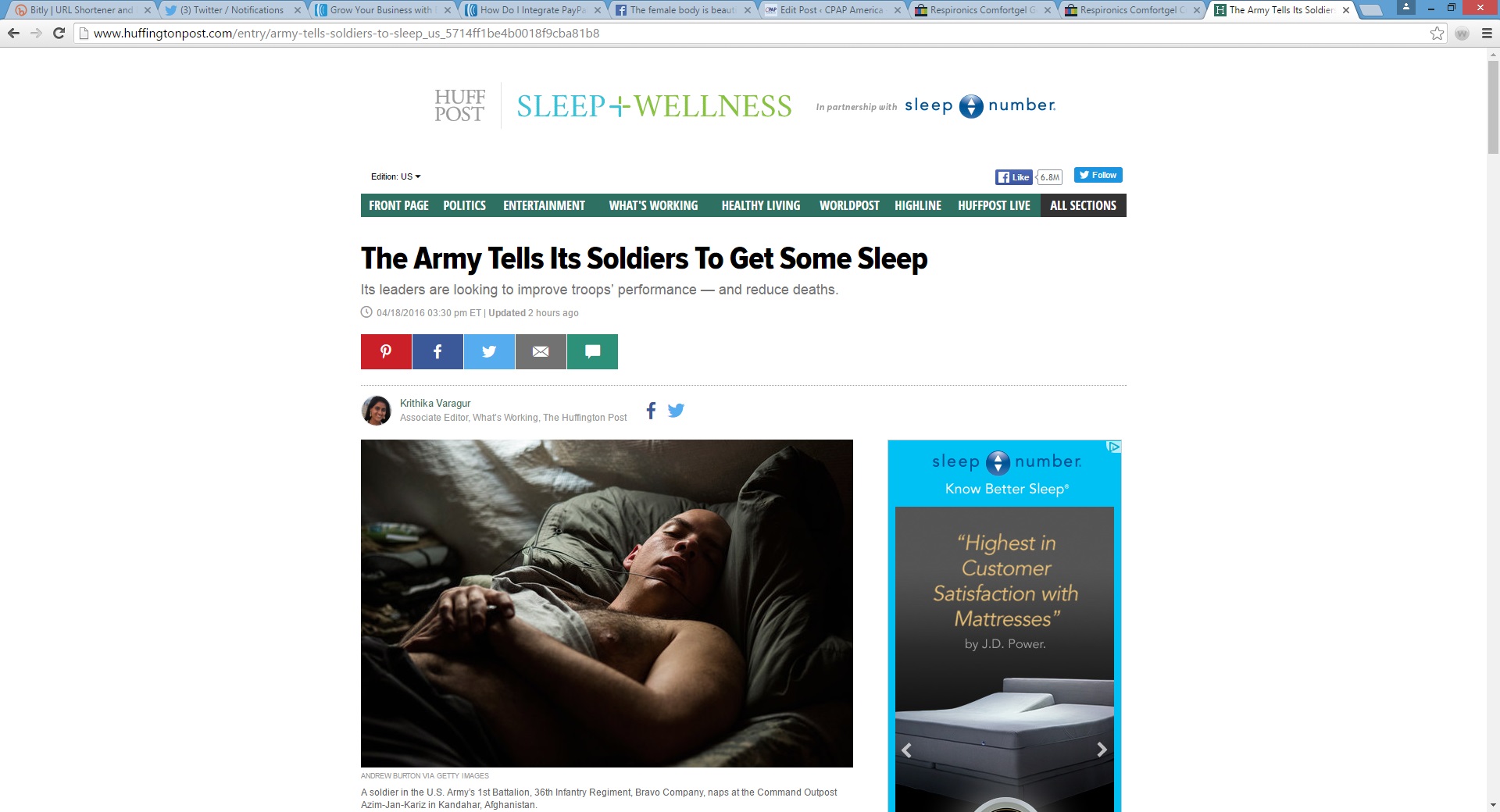 And since more sleep was predicted to be the toughest sell among senior leadership, it has taken center stage in the campaign. Five bases around the country have been conducting a year-long pilot study to try to improve soldiers’ sleep. As these trials end — all are due to wrap up by next month — the Army is figuring out how to channel its findings into recommendations for the entire military branch.

There’s An App For That

The five Army bases experimenting with sleep interventions are:

Some soldiers at these five sites use Fitbits to track their sleep. They are allowed to do Physical Training — a tough, daily cardio and strength regimen — at 4 p.m. instead of at 6:30 a.m. And their nightly “bed checks,” when a sergeant inspects sleeping soldiers in barracks, have become quieter and earlier: Previously, an alarm would sound in each barrack while a sergeant went on these rounds, keeping soldiers awake for up to two hours. Now, the alarms are shorter and beds are checked all at once.