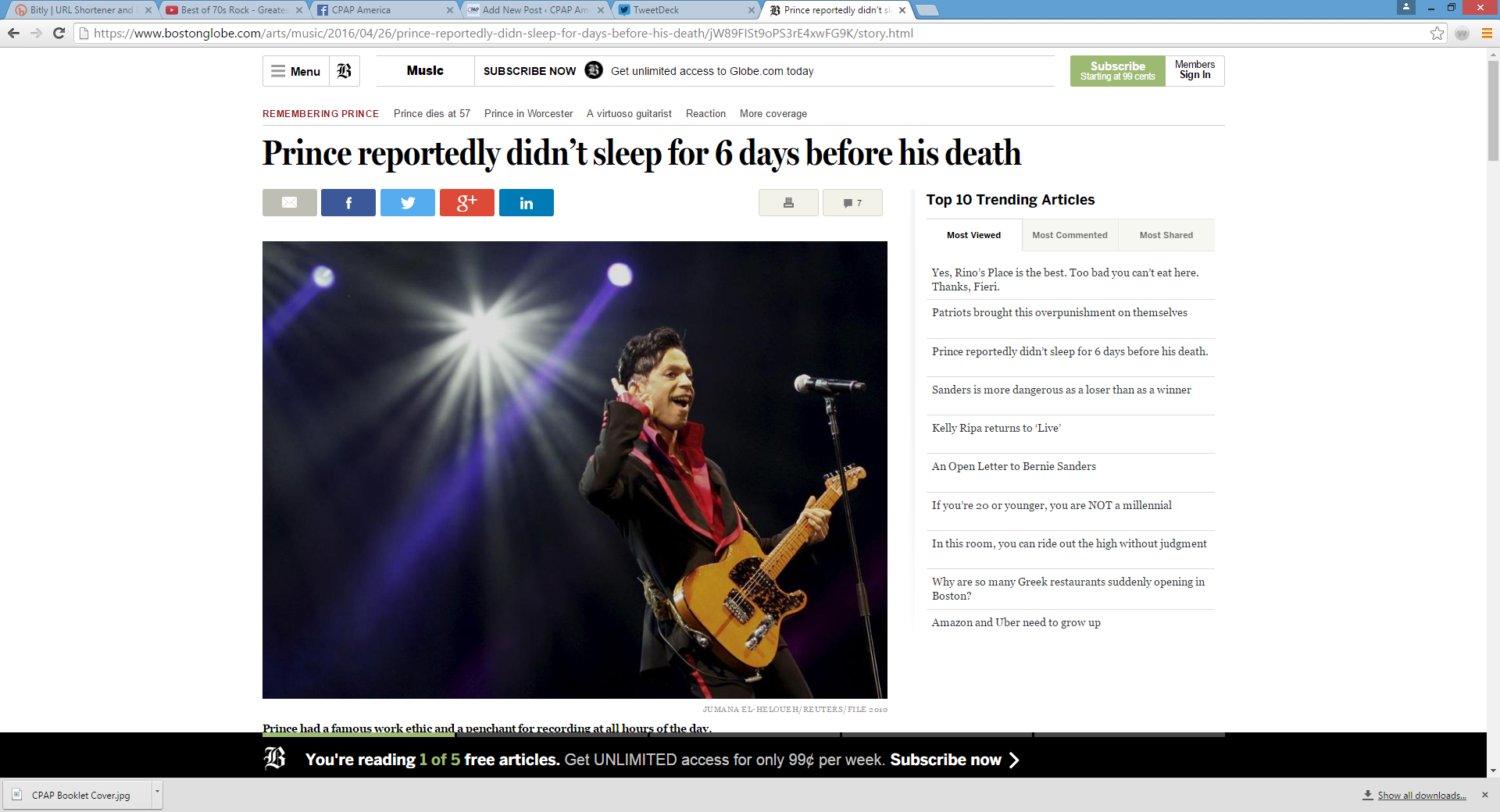 Phillips reportedly told a crowd near Paisley Park, Prince’s recording studio in Minnesota, that the musician had ‘‘worked 154 hours straight ‘‘ in the days leading up to his death. ‘‘I was with him just last weekend,’’ Phillips is said to have told fans, according to the UK-based Press Association. ‘‘He was a good brother-in-law.’’

Prince had a famous work ethic and a penchant for recording at all hours of the day. Those close to the musician have remarked on his ability to get by on very few winks. No matter how good you are at playing the guitar at 4 a.m., however, six days without sleep is a risky feat of endurance.

For the average person, a few days sans sleep can be enough to trigger hallucinations. And 154 hours edges toward the incredible. It’s hard to say exactly who holds the record for prolonged sleep deprivation, but a strong contender is Randy Gardner. Gardner, as a teenager in San Diego in 1964, went 264 hours without nodding off. He’s the reigning holder of the Guinness World Record for length of time without sleeping – and he won’t have to worry about defending the title. The record-keeping organization has since put the kibosh on the category, citing possible danger to participants. What scientists don’t know about extreme sleep deprivation could fill volumes, because the act of depriving mammals from sleeping is so dangerous.