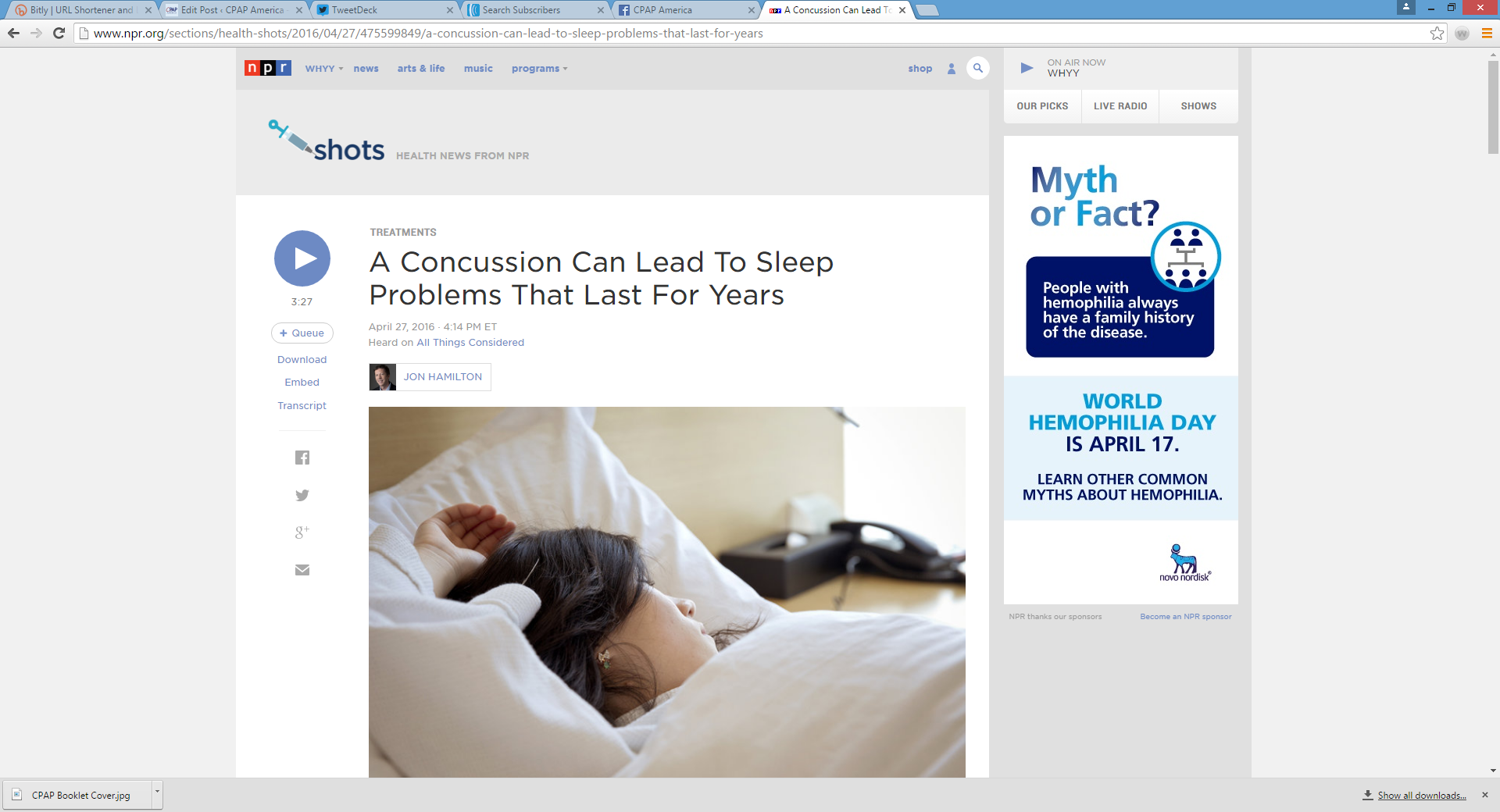 Can A Concussion Cause Long-Term Sleep Issues?

People who sustain a concussion or a more severe traumatic brain injury are likely to have sleep problems that continue for at least a year and a half.

A study of 31 patients with this sort of brain injury found that 18 months afterward, they were still getting, on average, an hour more sleep each night than similar healthy people were getting. And despite the extra sleep, 67 percent showed signs of excessive daytime sleepiness. Only 19 percent of healthy people had that problem.

Surprisingly, most of these concussed patients had no idea that their sleep patterns had changed.

“If you ask them, they say they are fine,” says Dr. Lukas Imbach, the study’s first author and a senior physician at the University Hospital Zurich in Zurich. When Imbach confronts patients with their test results, “they are surprised,” he says.

The results, published Thursday in the online edition of the journal Neurology,suggest there could be a quiet epidemic of sleep disorders among people with traumatic brain injuries. The injuries are diagnosed in more than 2 million people a year in the United States. Common causes include falls, motor vehicle incidents and assaults.

Previous studies have found that about half of all people who sustain sudden trauma to the brain experience problems sleeping. But it has been unclear how long those problems persist. “Nobody actually had looked into that in detail,” Imbach says. A sleep disorder detected 18 months after an injury will linger for at least two years, and probably much longer, the researchers say.

The results suggest that doctors who treat traumatic brain injuries can’t rely on their patients alone to report if they have problems sleeping, says Dr. Brian Edlow, a neurologist at Massachusetts General Hospital, who wrote an editorial accompanying the study. “There may be other tools that we need to detect sleep-wake disturbances in this patient population,” he says.