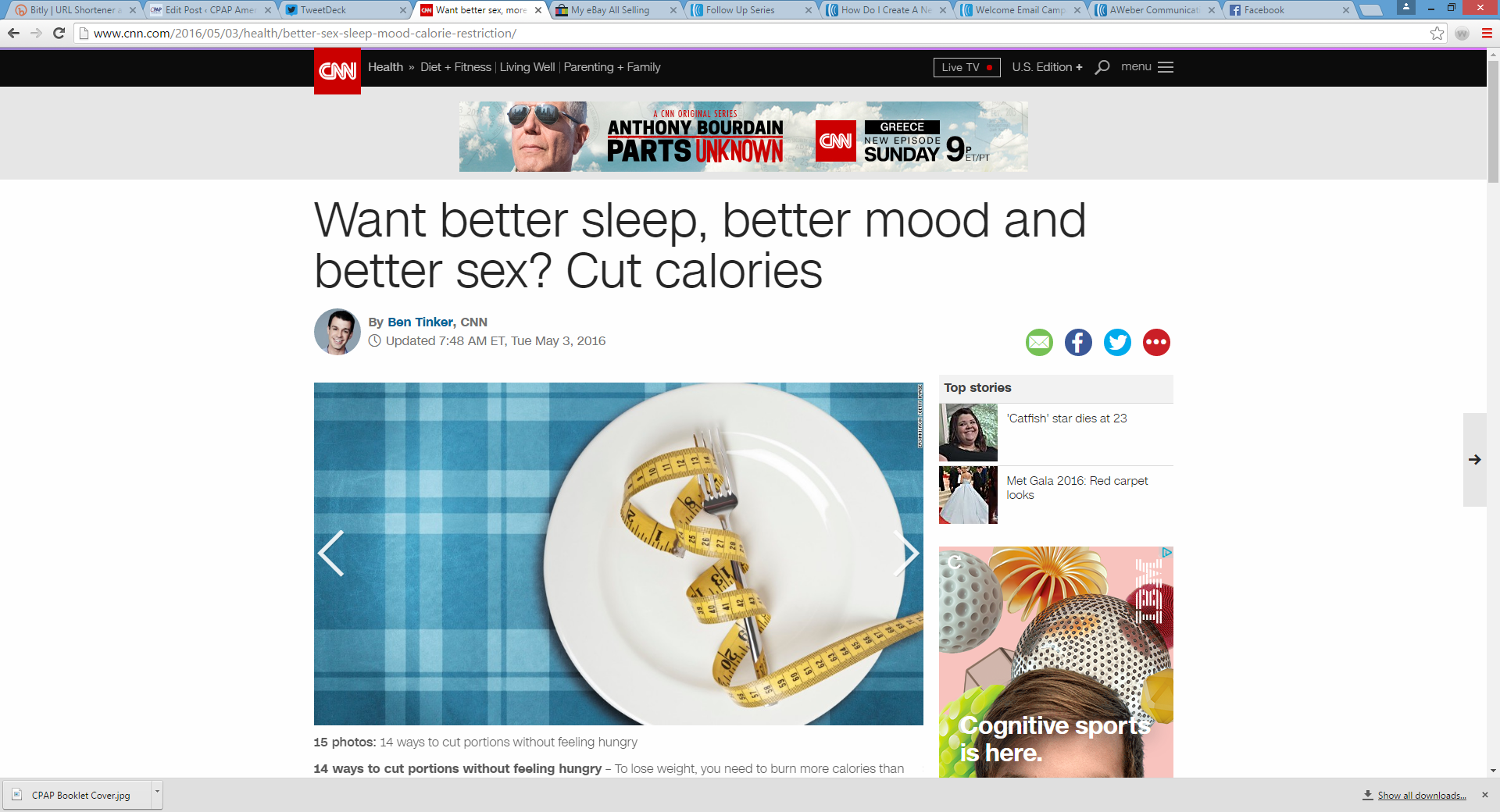 You’re human, so chances are, you’re interested in getting more sleep, having better sex and improving your mood.

A secret to all these things — at least according to one new study — is calorie restriction.

Researchers at the Pennington Biomedical Research Center in Baton Rouge, Louisiana, recruited more than 200 healthy women and men between the ages of 20 and 50. Each had a body mass index between 22.0 and 28.0, making them either normal weight or overweight, but not obese.

The scientists behind this research, led by Corby Martin of Pennington’s Ingestive Behavior Laboratory, separated the participants into two groups for the two-year study: one that would be bound to a diet that restricted calories by 25%, and a control group whose members could continue to eat whatever they wanted.

After two years, adults on the calorie-restricted diet reported better moods, less stress, increased sex drive and better sleep, compared to the adults who didn’t cut their calories. The authors believe this is the first study to determine whether long-term calorie restriction in normal-weight individuals affects both physical and psychological well-being.

“Calorie restrictions had some favorable effects on the outcomes, and weight loss was associated with improvement in many of the end points,” the authors said.

Members of the calorie-restricted group lost 16.8 pounds on average, and there was virtually no weight change among control group participants. Although the calorie restriction goal was 25% for the trial group, the average actually achieved was 11.9% — not even half of the goal. It’s unclear whether the benefits would be greater with more extreme calorie restriction, or if negative outcomes would start to outweigh the positives. In the past, concerns have been raised about the potential negative effects of calorie restriction, namely due to malnutrition or lack of essential nutrients.