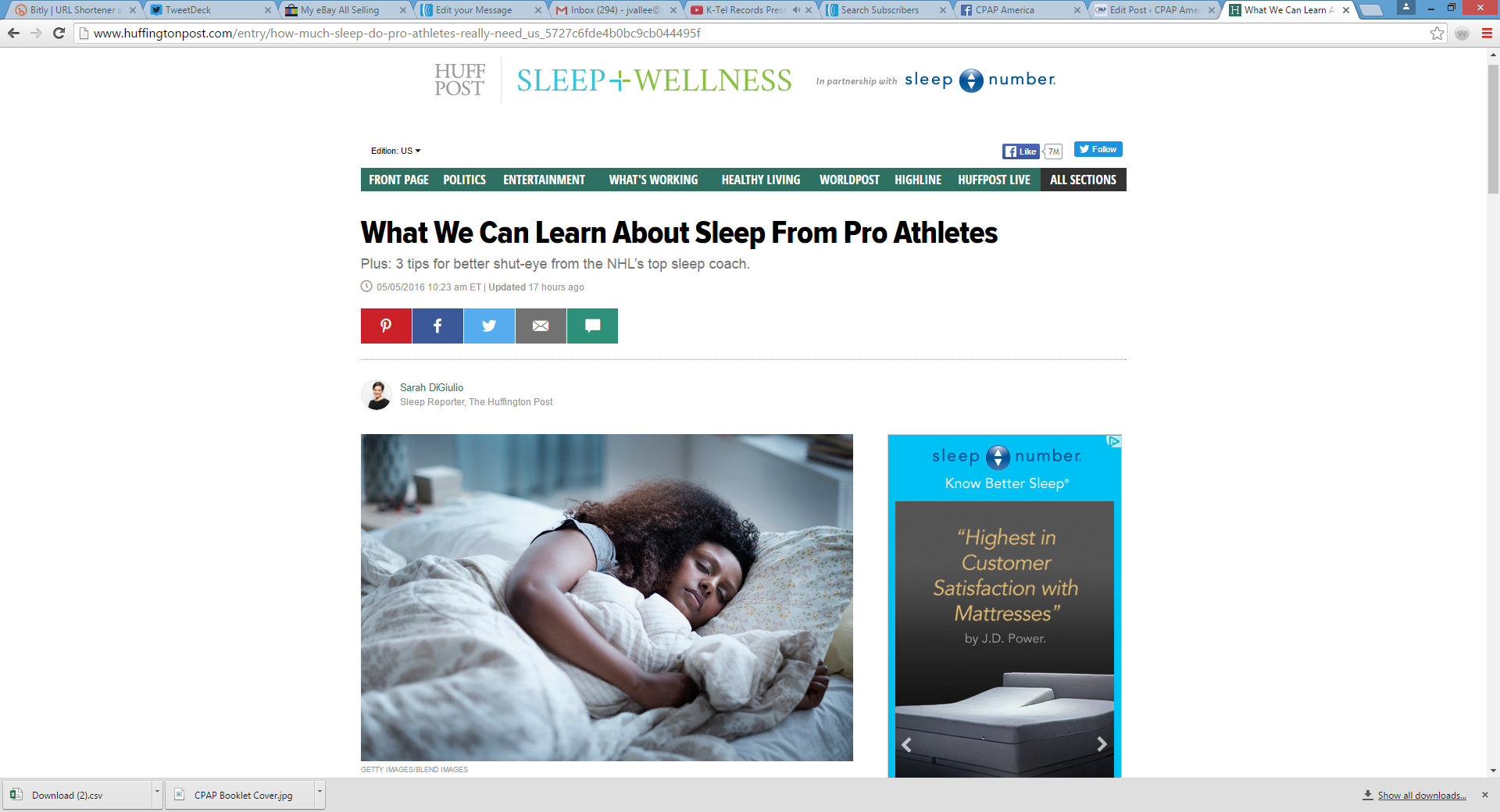 A Professional Athlete’s Guide To Sleep

The San Jose Sharks hold the NHL’s road record for the 2015-2016 season, meaning they’ve won the most games away from home. If you ask their leadership team, the secret to that success is clear: They prioritize sleep.

Sleep expert Cheri D. Mah of the Human Performance Center at the University of California, San Francisco advises the team on how to use sleep to optimize performance both on the road and at home. Turns out, west coast teams need it more than most. They play through more different time zones than other teams, Mike Potenza, the Sharks’ strength and conditioning coach, told The New York Times.

While rest is important for everyone, it may play a specific role for elite performers, Mah told The Huffington Post. “Sleep is particularly important for athletes striving to be at their peak performance, as sleep can impact cognitive and physical performance, as well as training, recovery and overall health.”

Some research has shown that even as little as one night of partial sleep deprivation can affect peak heart rate levels, plasma lactate concentrations and ratings of perceived exertion, which all affect exercise performance.

But not all research is so conclusive: “It is plausible that athletes would need more sleep, but there is not good evidence,” warned sleep researcher Shawn Youngstedt, a professor in the college of nursing & health innovation at Arizona State University, told HuffPost.

Several studies suggest that partial sleep restriction and deprivation may not influence performance — like one that showed even three nights of restricted shut-eye did not affect endurance running performance — but findings like those may be a result of small study size and short time frames that the studies looked at, according to a 2014 review of research on sleeping and athletic performance in the journal Sports Medicine.