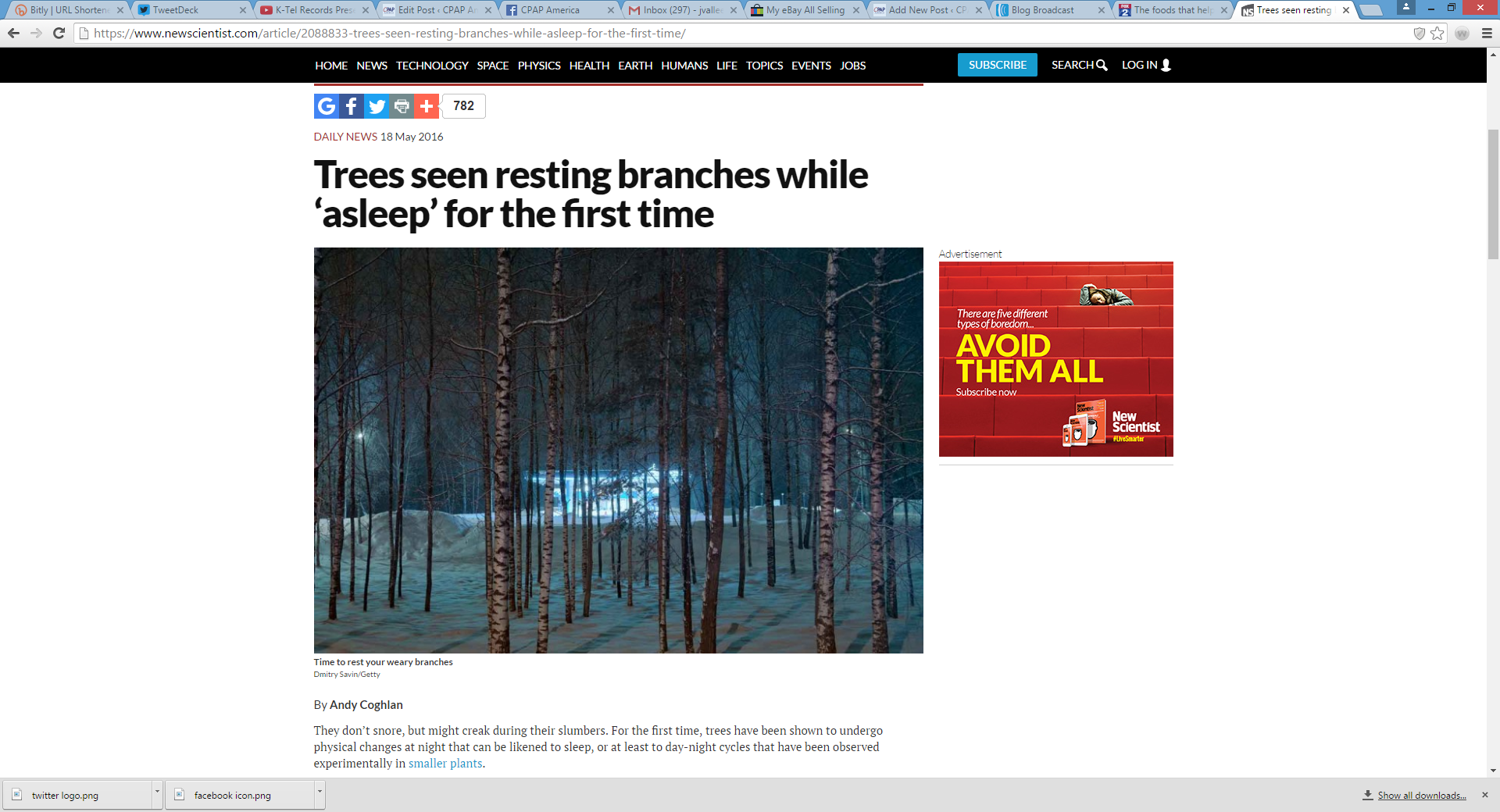 They don’t snore, but might creak during their slumbers. For the first time, trees have been shown to undergo physical changes at night that can be likened to sleep, or at least to day-night cycles that have been observed experimentally in smaller plants.

Branches of birch trees have now been seen drooping by as much as 10 centimetres at the tips towards the end of the night.

“It was a very clear effect, and applied to the whole tree,” says András Zlinszky of the Centre for Ecological Research in Tihany, Hungary. “No one has observed this effect before at the scale of whole trees, and I was surprised by the extent of the changes.”

Zlinszky and his colleagues scanned trees in Austria and Finland with laser beams between sunset and sunrise. From the time it takes beams to bounce back from branches and leaves, they could measure the movements of each tree, in three dimensions and at resolutions of centimetres.

Drooping in the dark
“The experiment is the first of its kind,” says team-member Eetu Puttonen of the Finnish Geospatial Research Institute in Masala. “These studies have only been done before in small plants, but here, it was possible to do it outside in fully grown trees.”

The team scanned two birch trees, one in Finland and one in Austria, each over the course of a single night. They made 11 scans of the Finnish tree, approximately one per hour, and 77 of the Austrian tree, around one every 10 minutes. Puttonen says they used laser scanning, rather than observing movement photographically, so they didn’t have to illuminate the trees with light that could have affected the outcome.