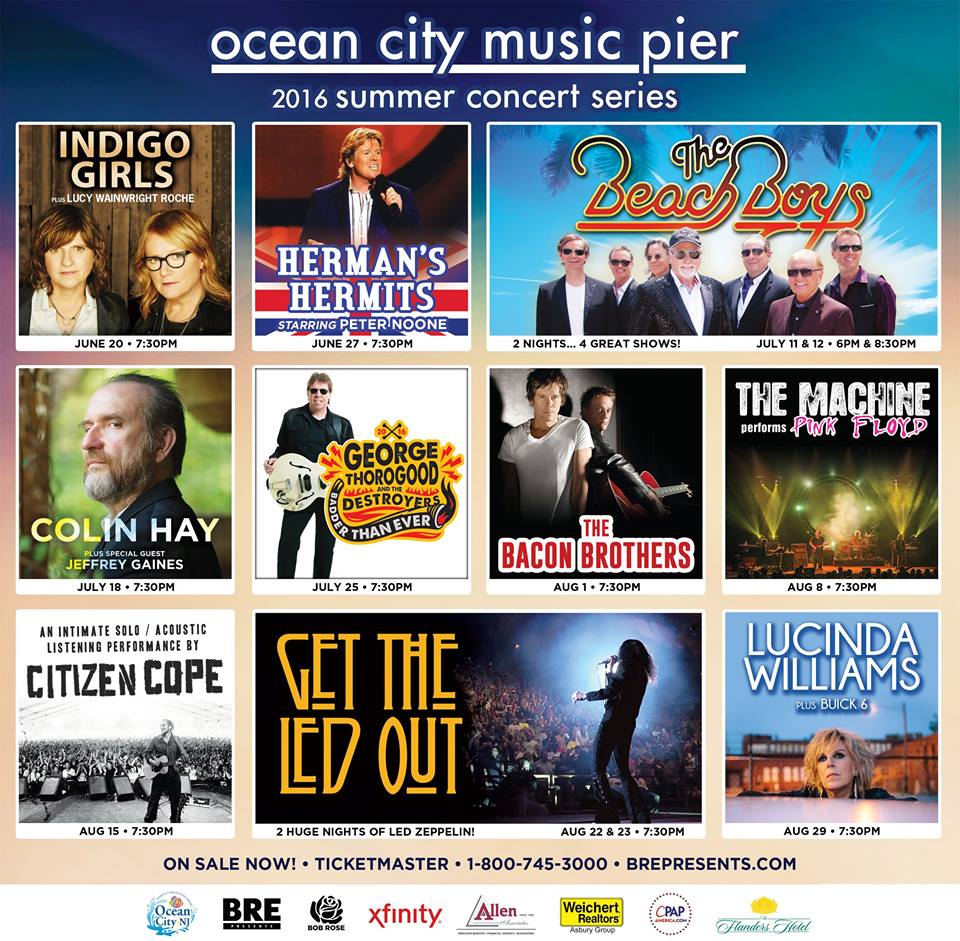 We are pleased to announce that CPAP America will be one of the proud sponsors of the Ocean City Music Pier 2016 Summer Concert Series in Ocean City, New Jersey.

The series, which is a perennial favorite at the Jersey Shore, will feature some new acts, as well as some old favorites that will be returning for another summer. This includes the Beach Boys, who will be performing two shows per night on July 11 and 12, as well as the Bacon Brothers, Pink Floyd tribute band The Machine, Lucinda Williams and Led Zeppelin tribute band Get The Led Out. There are also some new additions to the concert series this year, including George Thorogood and Colin Hay (with Jeffrey Gaines), the voice behind the popular 1980s Australia-based band Men at Work, as well as Herman’s Hermits featuring original frontman Peter Noone, and the Indigo Girls (with Lucy Wainwright Roche), who return to the concert series after performing during the 2014 summer season.

Here is the complete list of all the acts: