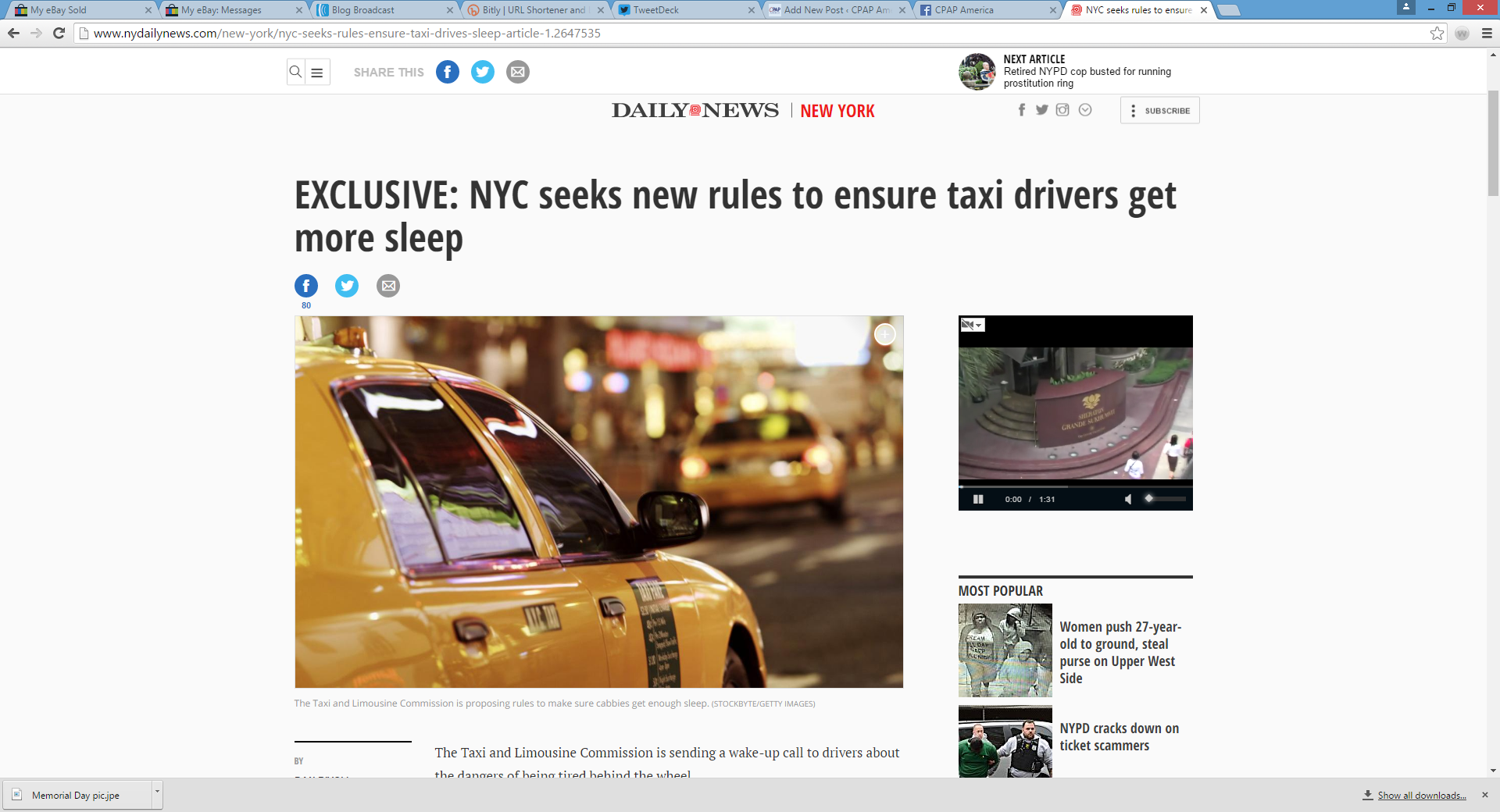 The Taxi and Limousine Commission is sending a wake-up call to drivers about the dangers of being tired behind the wheel from lack of sleep.

In new rules being proposed Tuesday, the taxi regulator is putting limits on the number of hours a TLC driver can be on the road in a day and a week.

The crackdown on lack of sleep-driver fatigue follows the November death of Luisa Rosario, an 88-year-old grandmother, who died when longtime cabbie Salifu Abubkar hit her while driving on the Upper West Side.

He had been driving for 16 hours with two breaks totaling two hours and 20 minutes.

TLC Chair Meera Joshi said the rules — no more than 12 hours of work over 24 hours and 72 hours in a week — would have kept Abubkar from driving.

She called it a “horrific” example of chronically fatigued driving.

“That drove up the awareness in the general public about how important regulating the number of hours a driver could be on the road is,” she said.

Drivers who reach the limit will only be able to hit the road again within 24 hours if they take an eight-hour break from pickups to get some sack time, according to the TLC.

Bases that dispatch cars also will be blocked from scheduling a driver for pickups beyond the new limits.

The rules, which will be discussed at a June 23 TLC hearing, carry a $75 fine for a first offense, with higher penalties and a 15-day suspension for hacks caught twice.

Drivers — in yellow cabs and Ubers — have been complaining about the need to be on the road longer just to make ends meet at a time of greater competition and app companies that control fare prices.