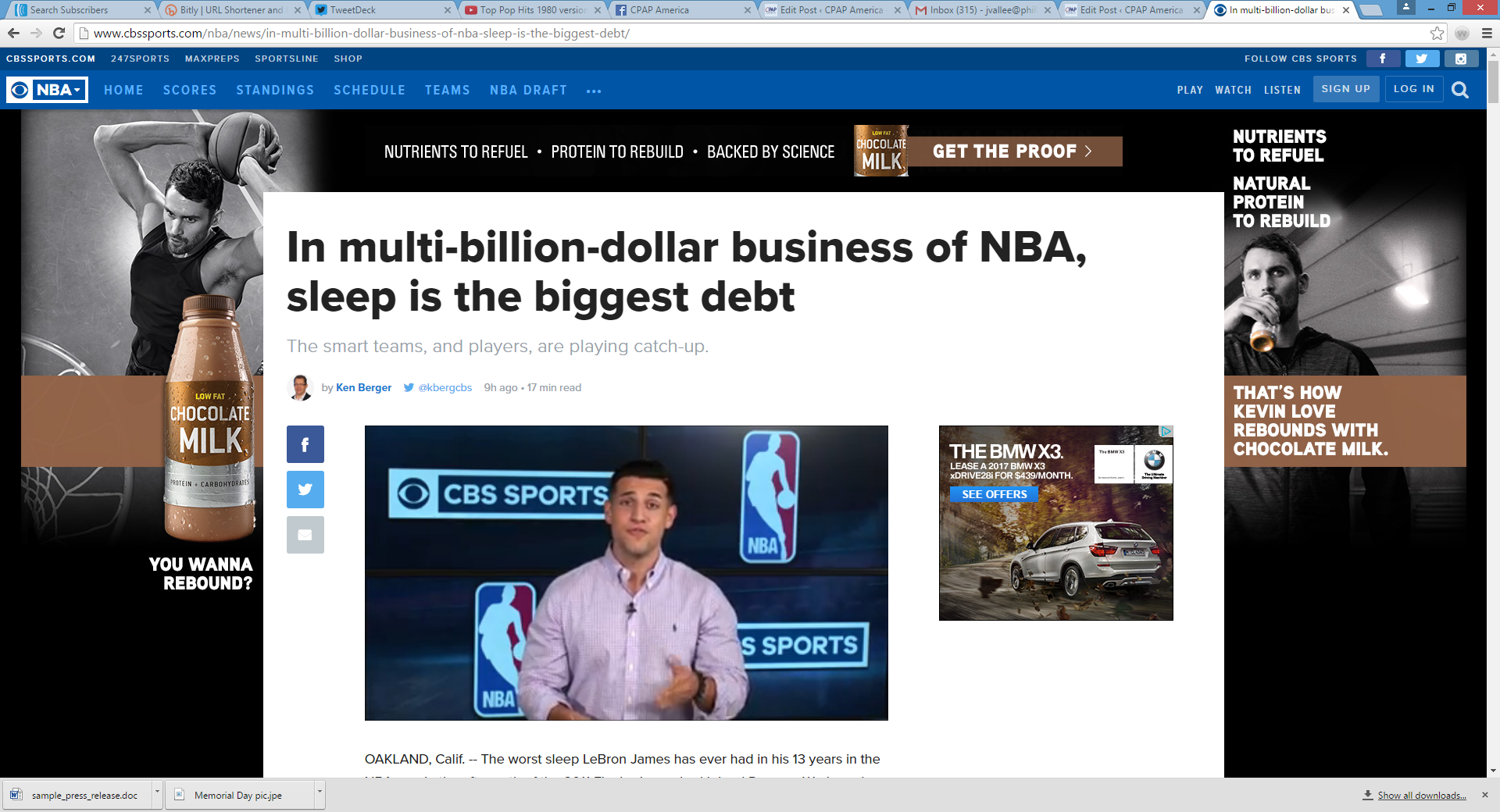 Even LeBron James Is Affected By Sleep Loss

The worst sleep LeBron James has ever had in his 13 years in the NBA was in the aftermath of the 2011 Finals.

James had joined Dwyane Wade and Chris Bosh in Miami to form a super team that was destined to win “not one, not two, not three …” championships, and so on.

It was going to be “easy,” LeBron said. But on their first try against the Dallas Mavericks, the Big Three swung …. and missed.

“I just felt like sleep wasn’t important and the only thing that mattered to me was how I was going to try to get back up there and win,” James told CBS Sports. “It was very difficult to get sleep, because my mind was racing so much that it didn’t allow me to go at ease.

“This game right here,” he said, “it does stuff to your mind, man.”

So does sleep deprivation, which has become a way of life in the NBA.

“Sleep is the most important thing when it comes to recovery,” James said. “And it’s very tough with our schedule. Our schedule keeps us up late at night, and most of the time it wakes us up early in the morning. … There’s no better recovery than sleep.”

Scientists are in agreement that even one sleepless night is the equivalent of having a few alcoholic drinks; 22 hours without sleeping has been shown to cause cognitive and reactive impairment comparable to being legally drunk.