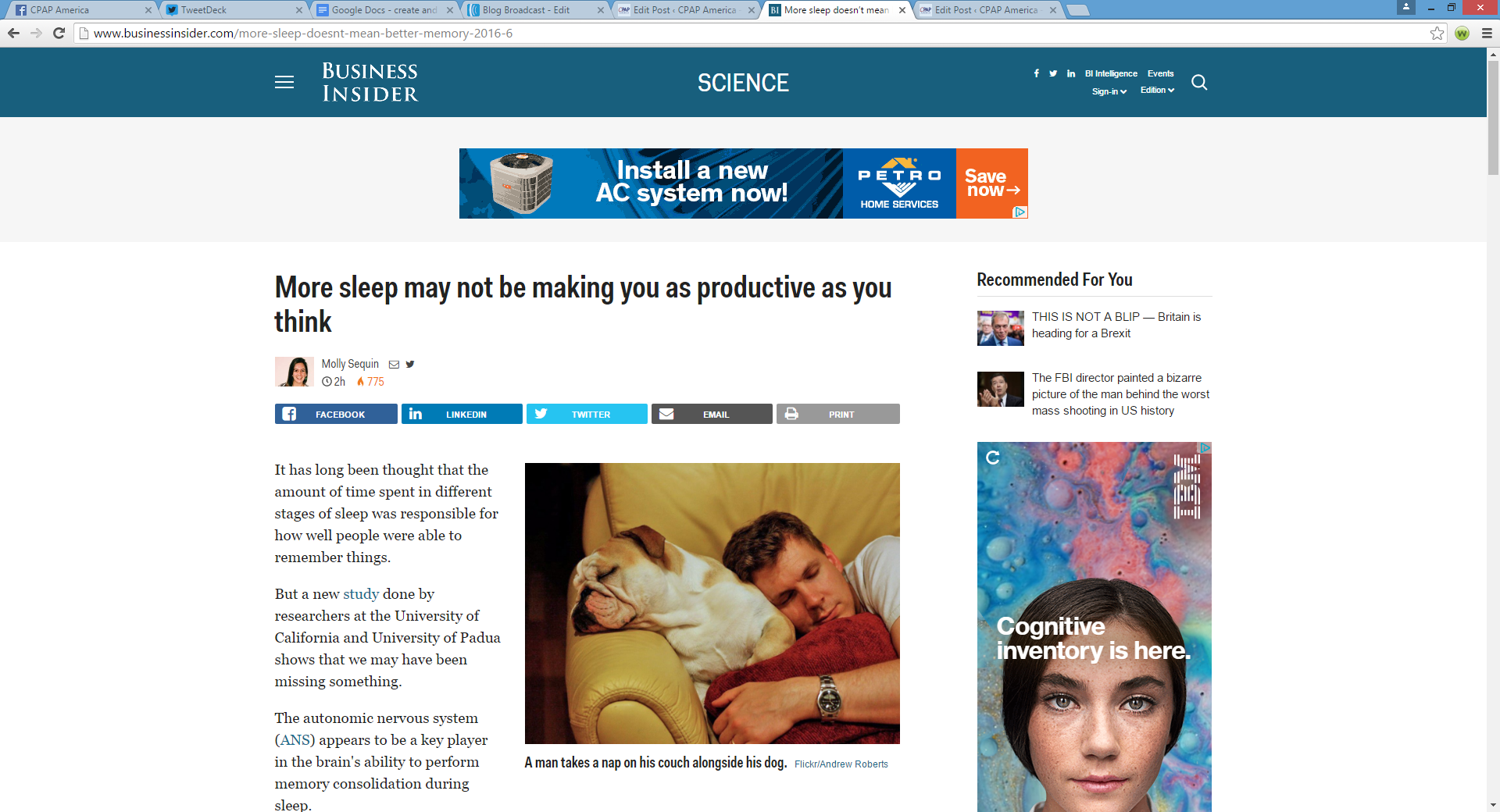 When is more sleep a bad thing?

It has long been thought that the amount of time spent in different stages of sleep was responsible for how well people were able to remember things.

But a new study done by researchers at the University of California and University of Padua shows that we may have been missing something.

The autonomic nervous system (ANS) appears to be a key player in the brain’s ability to perform memory consolidation during sleep.

This new study, the first of its kind, suggests that the central nervous system and ANS communicate with each other. They also think that dynamics of REM (rapid eye movement sleep, when most dreams occur) combined with increased parasympathetic activity promote creative associative memory processing.

The researchers used heart rate variation during REM to predict memory performance and found that no enhancement of memory while awake meant that the specific effects of ANS were associated with sleep-related consolidation of memory.

ANS was found to be an important predictor of associative processing in the brain. It showed a dissociation between time spent in REM sleep and brain activity, leading researchers to believe that REM may be dose-dependent and that too much of it can disrupt memory performance.

Counterintuitively, they actually found that subjects with higher levels of REM sleep had a higher rate of forgetfulness.