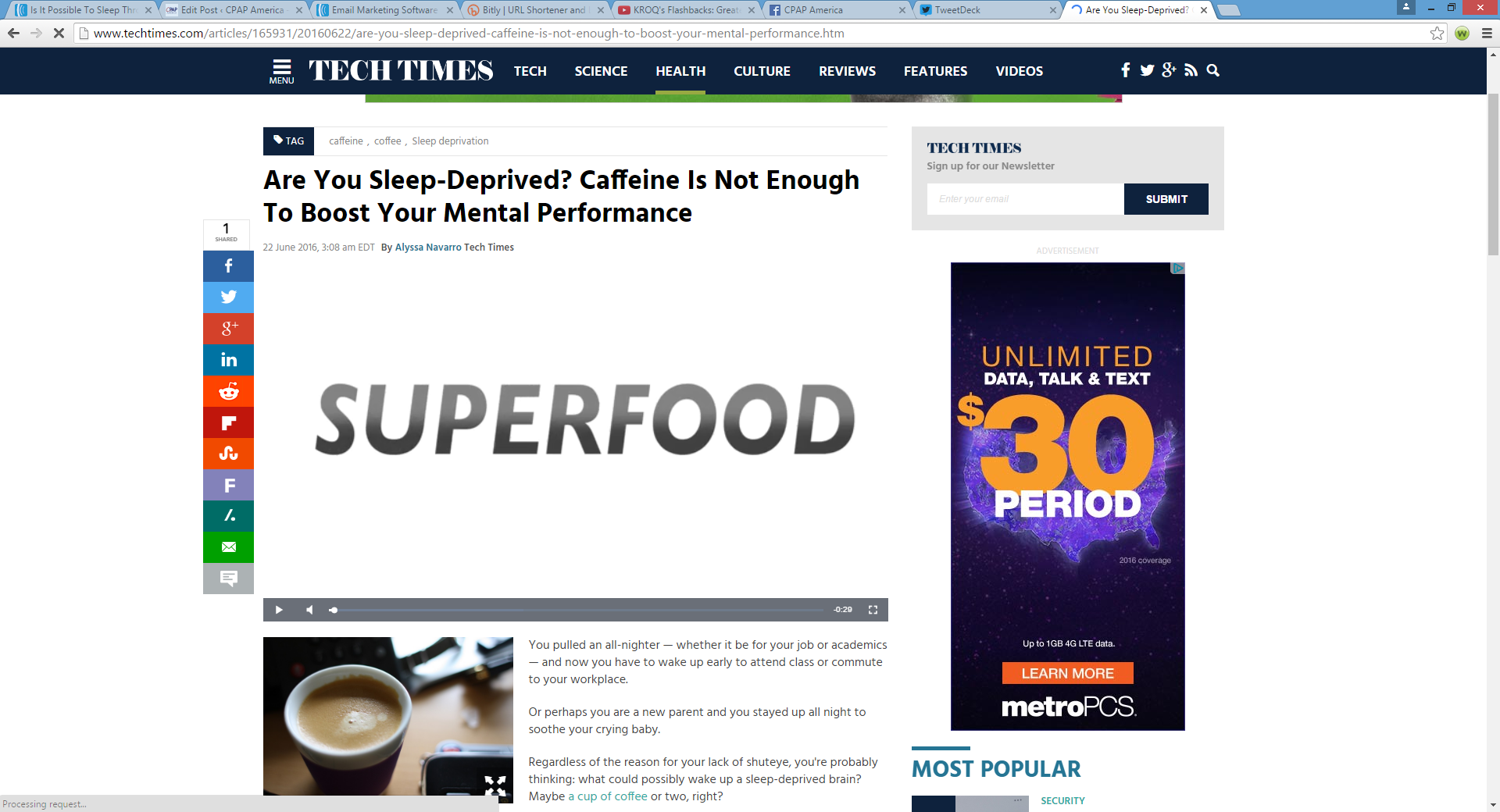 Caffeine Not A Cure For The Sleep Deprived

You pulled an all-nighter — whether it be for your job or academics — with no sleep — and now you have to wake up early to attend class or commute to your workplace.

Or perhaps you are a new parent and you stayed up all night to soothe your crying baby.

Regardless of the reason for your lack of shuteye, you’re probably thinking: what could possibly wake up a sleep-deprived brain? Maybe a cup of coffee or two, right?

It’s not that simple. Although drinking coffee has long been a miracle-worker for the sleep-deprived, a new research has discovered that caffeine actually has little to no effect on a person after three nights of consistent restricted sleep.

Led by behavioral biologist Tracy Jill Doty, a team of researchers examined 48 people who got only five hours of sleep at night for five days in a row.

Twice a day, the study participants were given either a placebo or 200 milligrams of caffeine, which is equivalent to a big cup of coffee.

Neither the participants nor the researchers knew who got the placebo or who received the caffeine.

The participants spent one whole week sleeping at the lab and took either the caffeine or placebo at 8 a.m., again at 12 p.m. This went on for the entire week.

They took a series of tests related to wakefulness, sadness, reaction time and mood. They also took cognitive tests every hour when they were awake.

Findings showed that the group who took caffeine had faster reaction times during the first two days compared with the group who received a placebo.

But in the end, Doty and her colleagues found that all the participants had lower alertness and performance on the tests, even the ones who took caffeine.