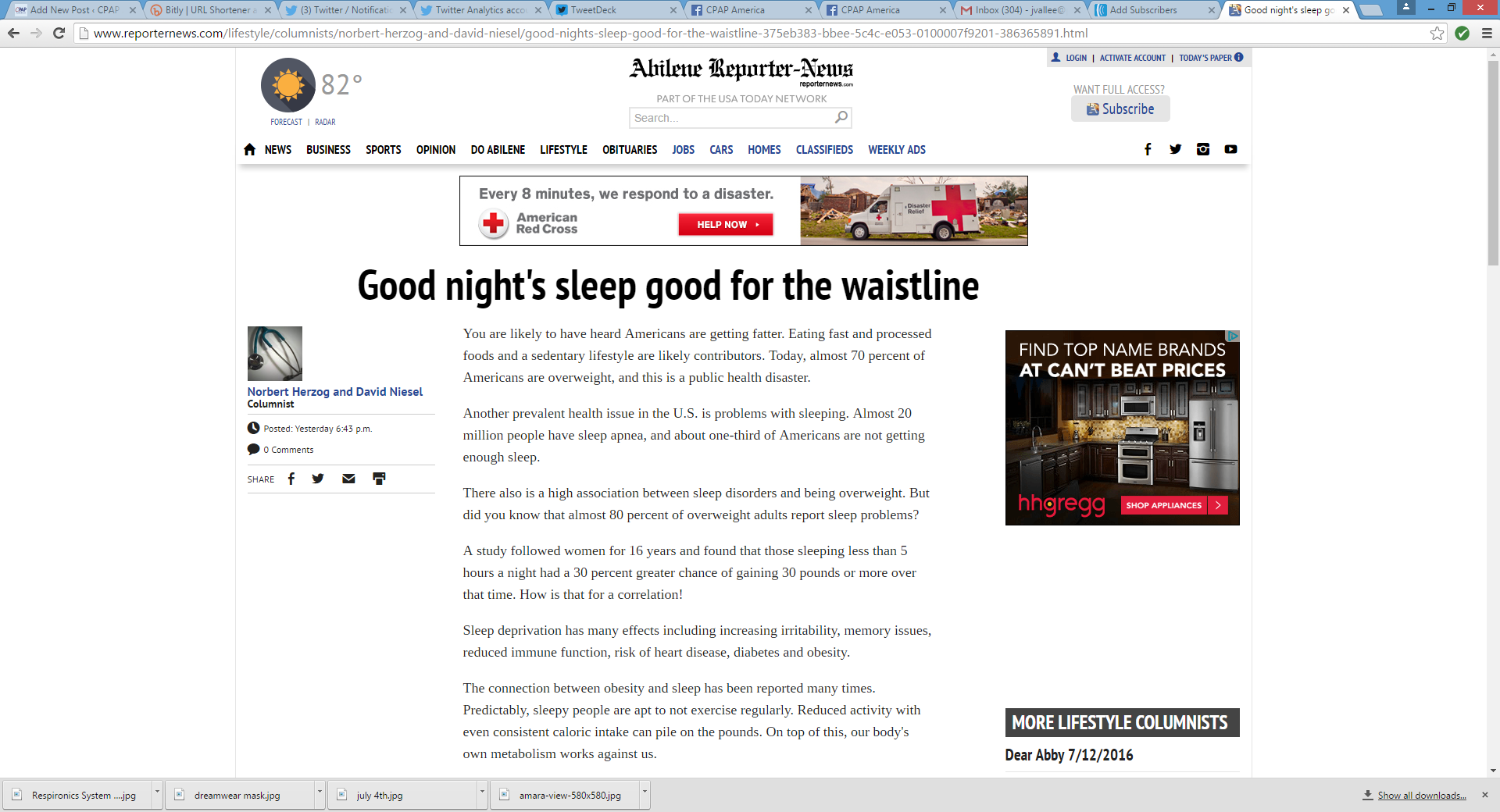 Sleep Well And It Could Help Your Waistline

You are likely to have heard Americans are getting fatter. Eating fast and processed foods and a sedentary lifestyle are likely contributors. Today, almost 70 percent of Americans are overweight, and this is a public health disaster. Another prevalent health issue in the U.S. is problems with sleeping. Almost 20 million people have sleep apnea, and about one-third of Americans are not getting enough sleep.

There also is a high association between sleeping disorders and being overweight. But did you know that almost 80 percent of overweight adults report sleep problems?

A study followed women for 16 years and found that those sleeping less than 5 hours a night had a 30 percent greater chance of gaining 30 pounds or more over that time. How is that for a correlation!

The connection between obesity and sleeping has been reported many times. Predictably, sleepy people are apt to not exercise regularly. Reduced activity with even consistent caloric intake can pile on the pounds. On top of this, our body’s own metabolism works against us.

Hormonal changes are induced during sleep deprivation. The so-called hunger hormones leptin and ghrelin are appetite-stimulating hormones whose levels are altered in sleep-deprived individuals. So when you are tired, the signals are interpreted as being hungry and you eat! It turns out that hunger- and sleep-induced fatigue alter the physiology of humans similarly.

Our brains also make a chemical called endocannabinoid 2-arachidonoylglycerol or 2-AG. You might have guessed it is chemically related to the active chemical in marijuana and has some of the same effects. 2-AG is associated with pleasure and appetite and is elevated in those who have issues sleeping, stimulating the brain’s reward system.