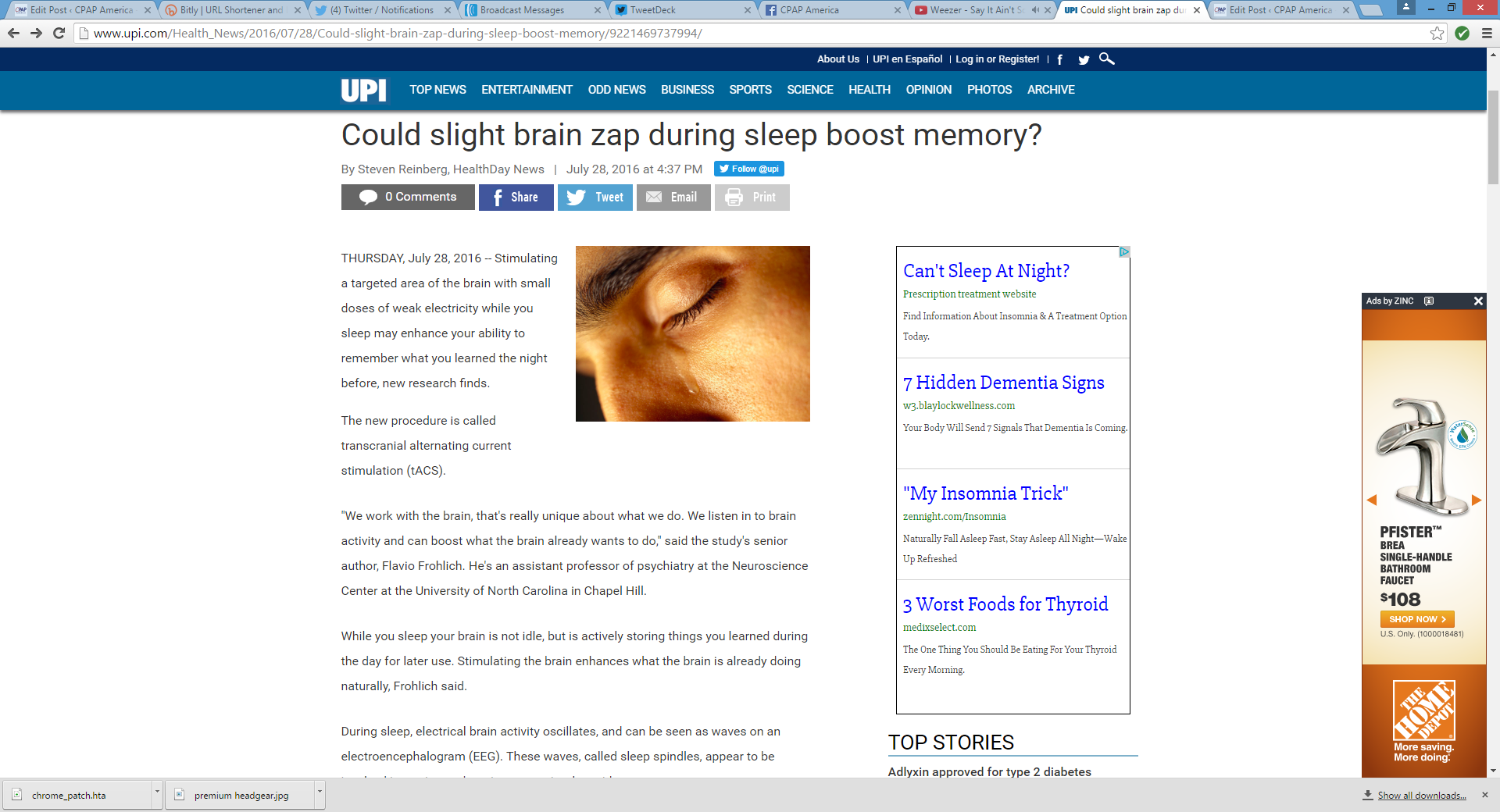 Stimulating a targeted area of the brain with small doses of weak electricity while you sleep may enhance your ability to remember what you learned the night before, new research finds.

“We work with the brain, that’s really unique about what we do. We listen in to brain activity and can boost what the brain already wants to do,” said the study’s senior author, Flavio Frohlich. He’s an assistant professor of psychiatry at the Neuroscience Center at the University of North Carolina in Chapel Hill.

While you sleep your brain is not idle, but is actively storing things you learned during the day for later use. Stimulating the brain enhances what the brain is already doing naturally, Frohlich said.

During sleep, electrical brain activity oscillates, and can be seen as waves on an electroencephalogram (EEG). These waves, called sleep spindles, appear to be involved in sorting and storing memories, he said.

“We know there are a number of disorders of the brain where sleep spindles are impaired,” Frohlich said. The researchers hope to test tACS on patients with schizophrenia and Alzheimer’s disease, he said.

During the first night of the study, participants had electrodes placed at specific points on their scalps. Some participants received tACS synced to their natural sleep spindles, while others were given sham stimulation.