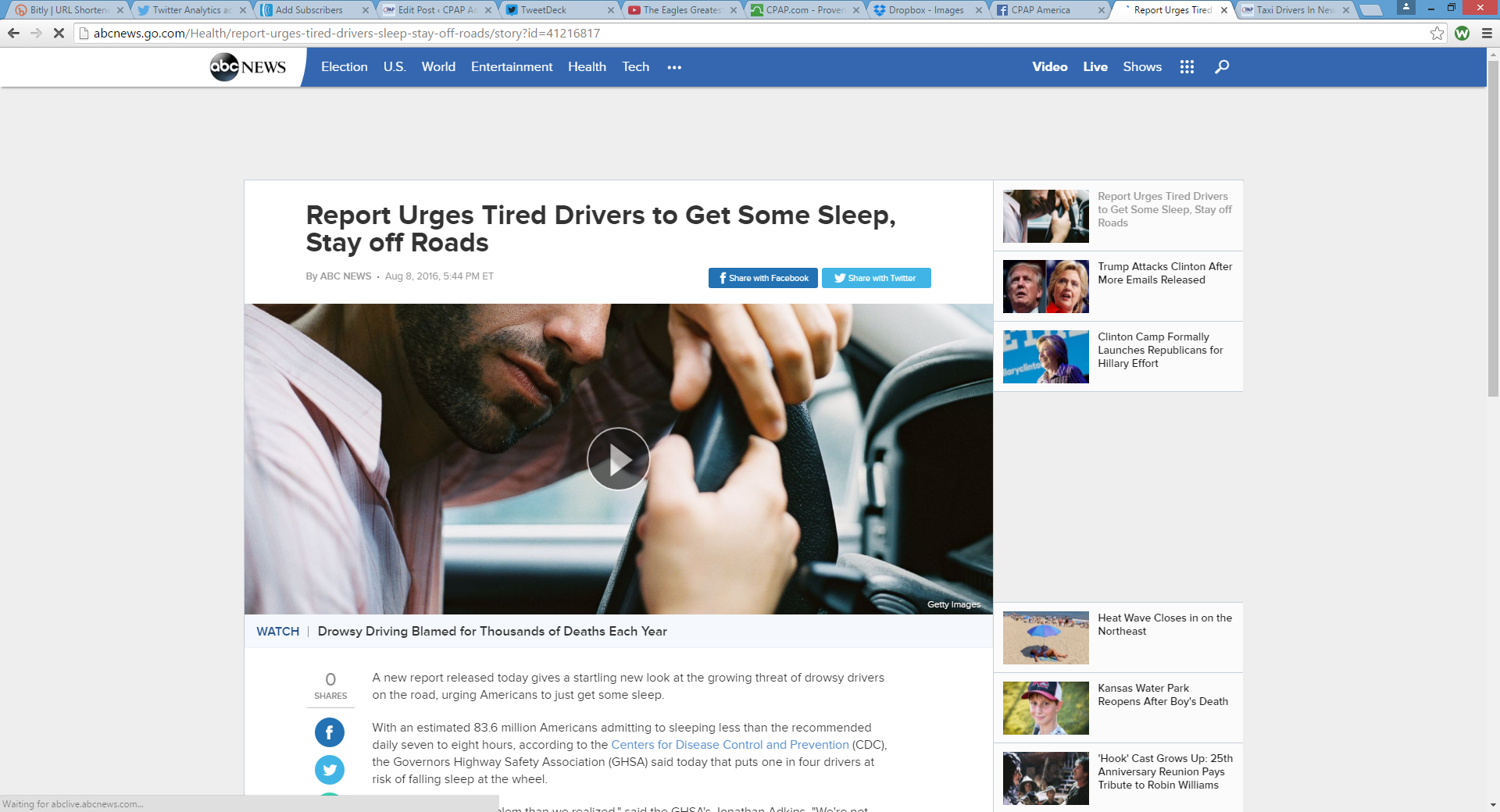 A new report released today gives a startling new look at the growing threat of drowsy drivers on the road, urging Americans to just get some sleep.

With an estimated 83.6 million Americans admitting to sleeping less than the recommended daily seven to eight hours, according to the Centers for Disease Control and Prevention (CDC), the Governors Highway Safety Association (GHSA) said today that puts one in four drivers at risk of falling sleep at the wheel.

“It’s a much bigger problem than we realized,” said the GHSA’s Jonathan Adkins. “We’re not just drowsy. We’re literally falling asleep, comatose, behind the wheel and we’re crashing and we’re hurting ourselves and killing ourselves and others. … It’s a serious safety problem.”

In a report that included research from the American Automobile Association (AAA), the National Transportation Safety Board (NTSB) and the National Highway Traffic Safety Administration (NHTSA), the GHSA revealed that an average of 328,000 drowsy-driving crashes occurred on U.S. roads annually.

Adkins likened a sleepy person’s impairment while driving to being drunk behind the wheel.

The GHSA also found that teenagers and young adults were involved in more than half of all drowsy-driving crashes annually. The report pointed to driving inexperience as well biological changes as possible causes.

Adkins said today that drowsy driving was a sign of the times, in which Americans are working too hard, not taking breaks or relaxing, and never allowing their minds to shut down.