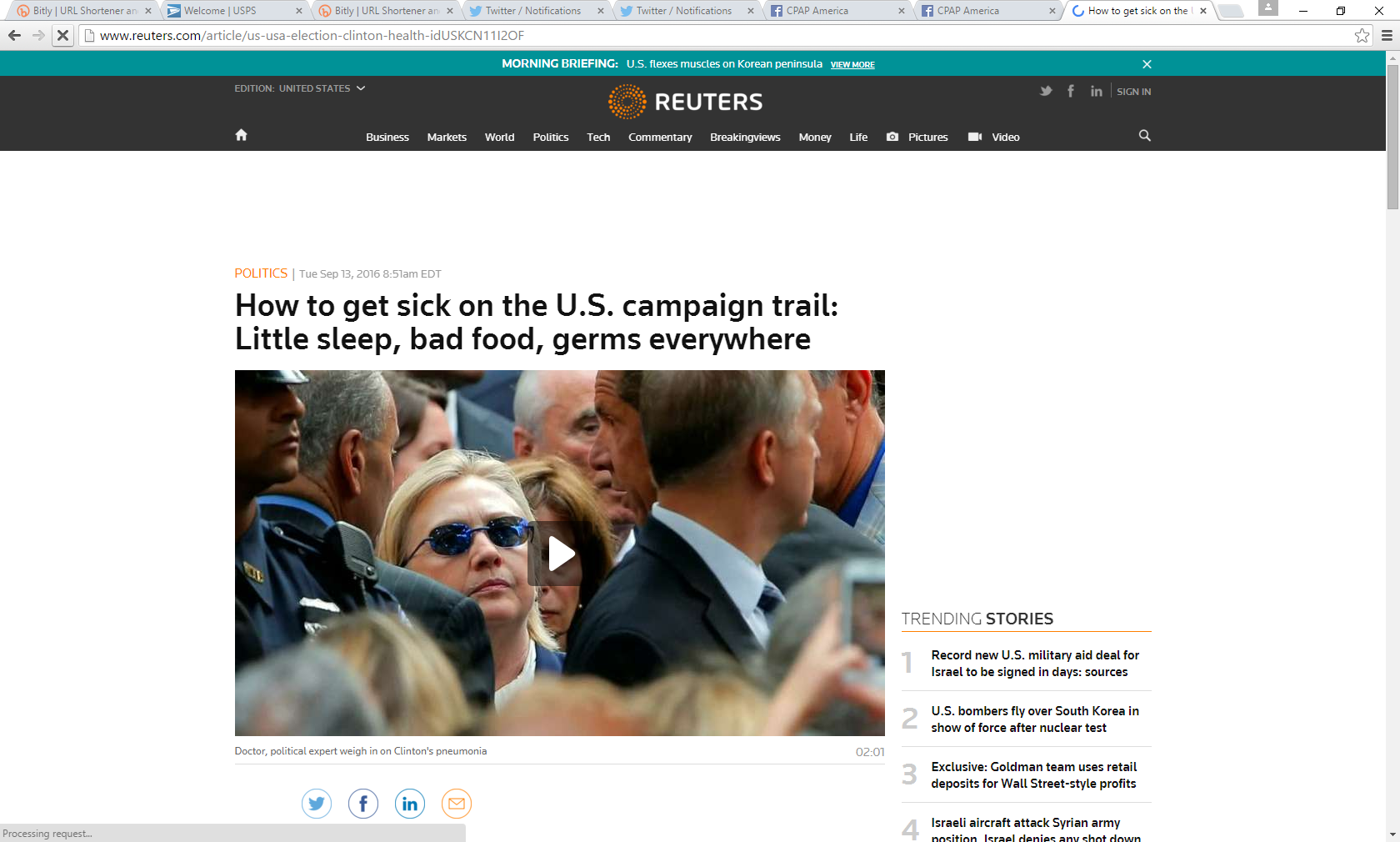 Is Lack of Sleep A Reason For Hillary Clinton’s Health Issues?

Did lack of sleep contribute to Hillary Clinton getting pneumonia?

The bout of pneumonia suffered by Hillary Clinton has shed light on a problem seldom seen by American voters: The long days, little sleep, cross-country travel, bad food and kissing babies add up to a recipe for illness for presidential candidates and aides.

Avoiding viruses and other ailments can be next to impossible for people who spend months in the close confines of campaign planes and buses.

“You have to soldier on during certain things, but there’s a point when you become a liability,” Buchanan said. “I was back on the road the next day, full of antibiotics.”

Supporters of Hillary Clinton, who will face Republican Donald Trump in the Nov. 8 election, worried on Monday that the Democratic presidential nominee’s medical scare would fuel conspiracy theories about her health. But Republican and Democratic political veterans alike say illnesses are an unwelcome but standard part of life on the campaign trail.

Alice Stewart, who was a senior adviser to former presidential candidate Senator Ted Cruz during the Republican primary earlier this year, remembers coughing her way through some of his news conferences while she was recording them for the campaign. She called the Cruz plane a “flying petri dish.”

“You just kind of power through it. When you’re on the road, you can’t drive home,” Stewart said.

Steven Simpson, a pulmonary specialist at the University of Kansas, said candidates were particularly vulnerable to illness.