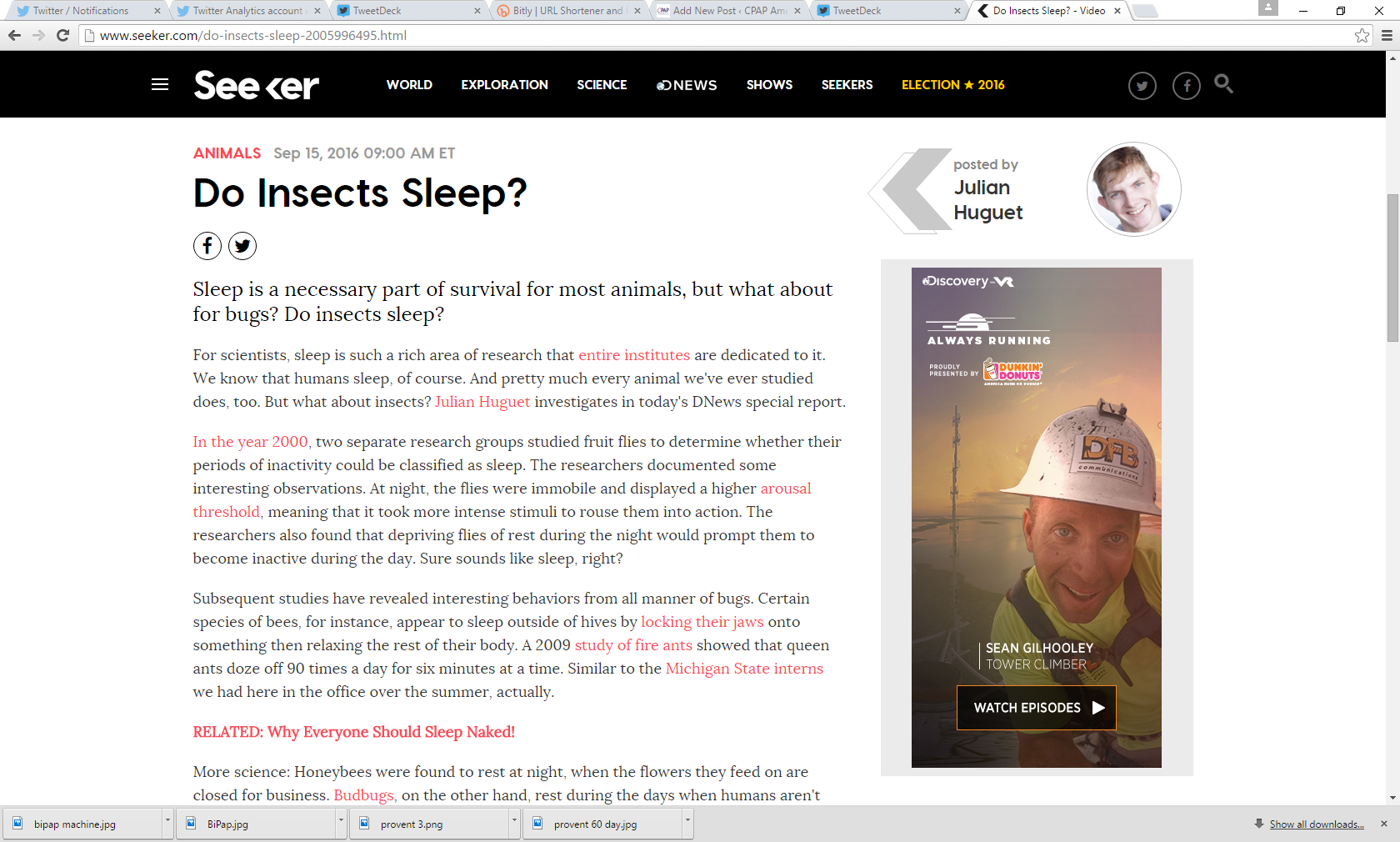 Do Insects Actually Sleep? Find Out the Answer Here

Sleep is a necessary part of survival for most animals, but what about for bugs? Do insects sleep?

For scientists, sleep is such a rich area of research that entire institutes are dedicated to it. We know that humans sleep, of course. And pretty much every animal we’ve ever studied does, too. But what about insects? Julian Huguet investigates in today’s DNews special report.

In the year 2000, two separate research groups studied fruit flies to determine whether their periods of inactivity could be classified as sleep. The researchers documented some interesting observations. At night, the flies were immobile and displayed a higher arousal threshold, meaning that it took more intense stimuli to rouse them into action. The researchers also found that depriving flies of rest during the night would prompt them to become inactive during the day. Sure sounds like sleep, right?

Subsequent studies have revealed interesting behaviors from all manner of bugs. Certain species of bees, for instance, appear to sleep outside of hives by locking their jaws onto something then relaxing the rest of their body. A 2009 study of fire ants showed that queen ants doze off 90 times a day for six minutes at a time. Similar to the Michigan State internswe had here in the office over the summer, actually.

More science: Honeybees were found to rest at night, when the flowers they feed on are closed for business. Budbugs, on the other hand, rest during the days when humans aren’t offering up the nightly mattress buffet. And going back to those fruit flies, it appears that they react to caffeine in much the same way that we do.