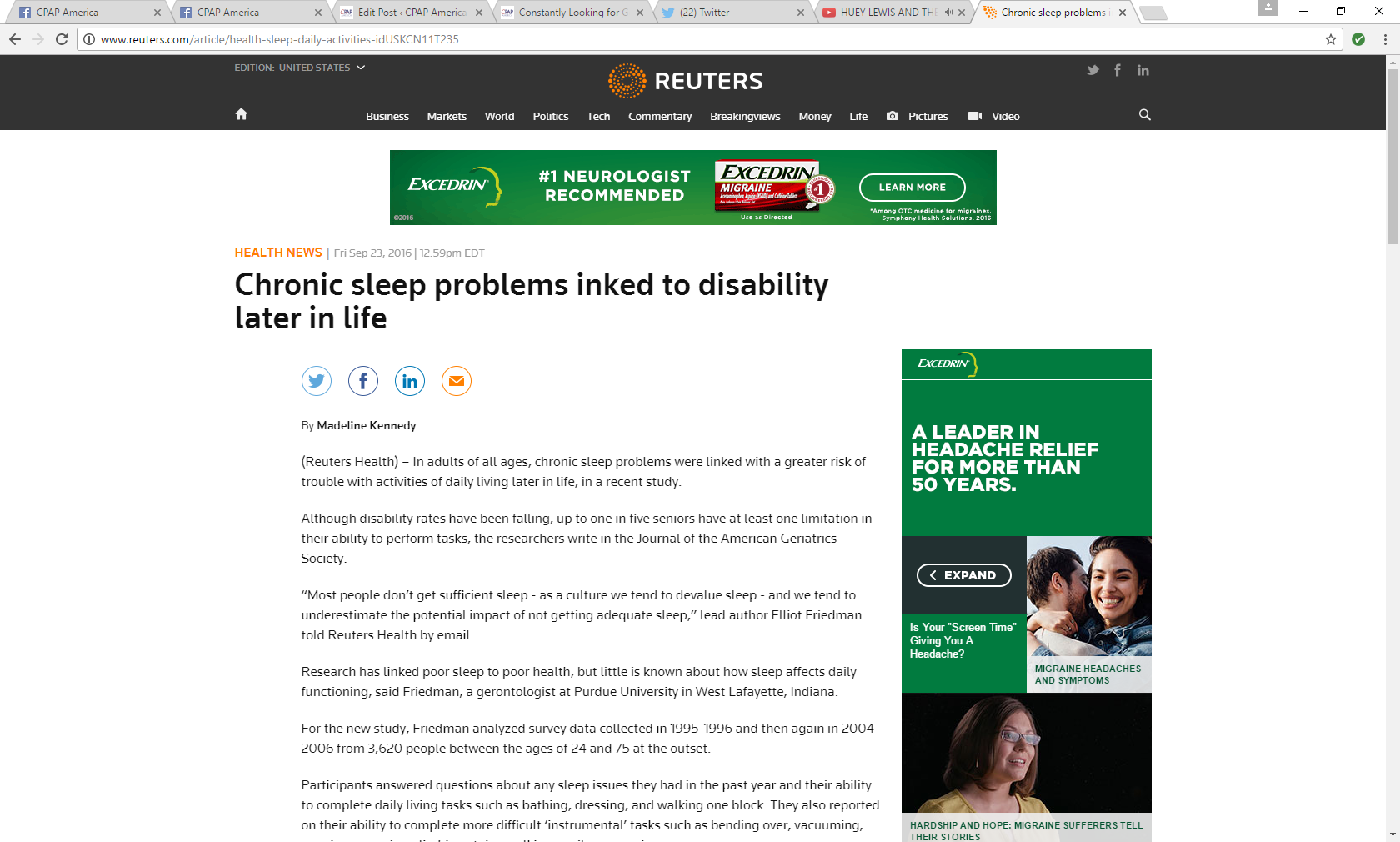 (Reuters Health) – In adults of all ages, chronic sleep problems were linked with a greater risk of trouble with activities of daily living later in life, in a recent study.

Although disability rates have been falling, up to one in five seniors have at least one limitation in their ability to perform tasks, the researchers write in the Journal of the American Geriatrics Society.

“Most people don’t get sufficient sleep – as a culture we tend to devalue sleep – and we tend to underestimate the potential impact of not getting adequate sleep,” lead author Elliot Friedman told Reuters Health by email.

Research has linked poor rest to poor health, but little is known about how sleep affects daily functioning, said Friedman, a gerontologist at Purdue University in West Lafayette, Indiana.

At both surveys, about 11 percent of participants reported chronic sleep issues.

Among participants who were disability-free at the first survey, those who had problems sleeping were twice as likely to be having trouble with daily living tasks 10 years later and 70 percent more likely to develop trouble with instrumental tasks.