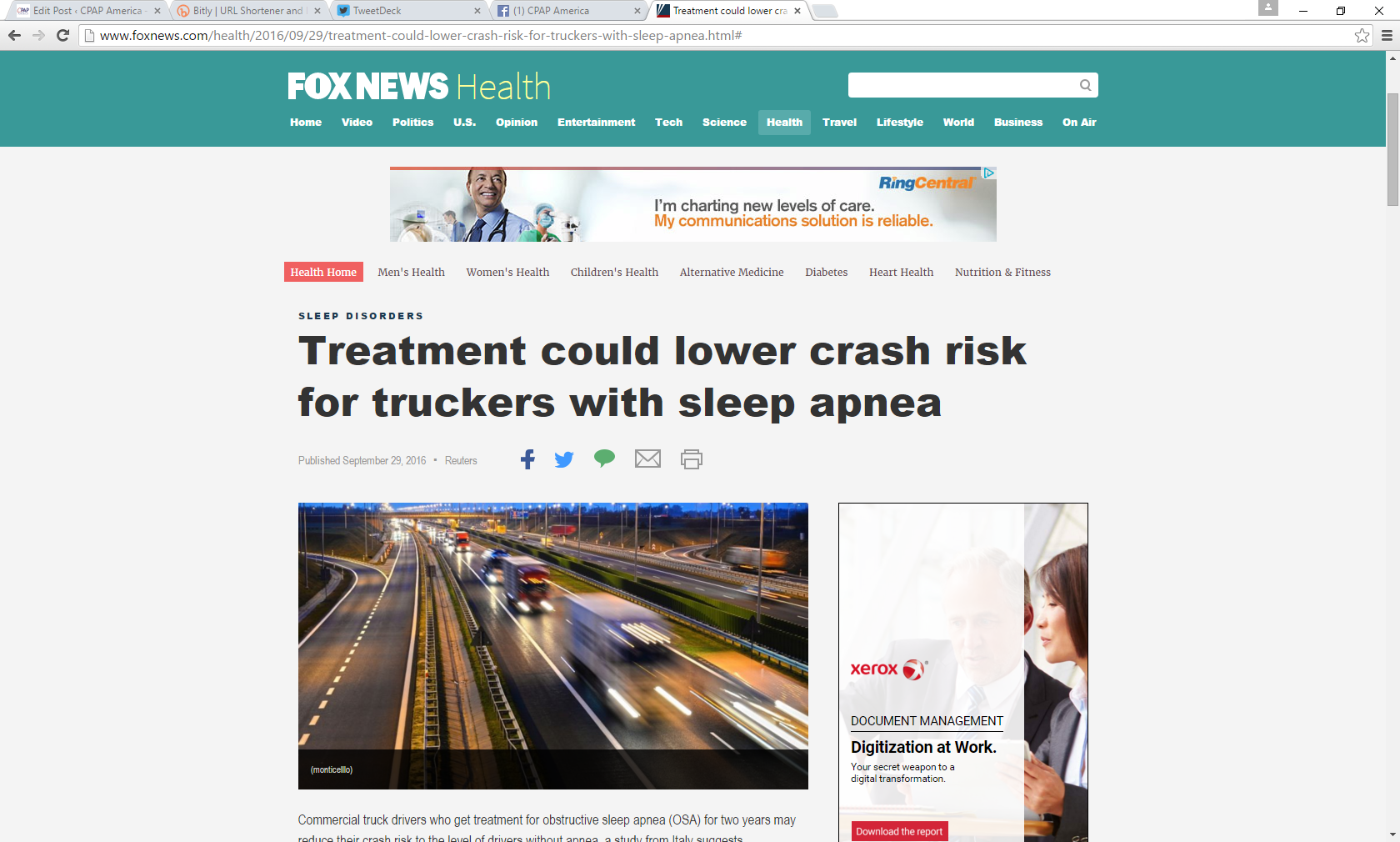 Commercial truck drivers who get treatment for obstructive sleep apnea (OSA) for two years may reduce their crash risk to the level of drivers without apnea, a study from Italy suggests.

For professional drivers, the screening, treatment and management of sleep disorders should be mandatory to reduce accident risk and improve road safety, the study authors write in the journal Sleep Medicine.

“The study highlights the importance of a screening tool for sleep-related breathing disorders in commercial drivers’ clinical routines,” he said by email.

Obstructive sleep apnea is a breathing disorder that interrupts the quantity and quality of sleep, causing fatigue and impaired attention, driving performance and reaction time. Medical studies associate OSA with heightened risk for hypertension, heart disease and stroke as well as daytime sleepiness and traffic accidents.

With OSA, a sleeper’s airway collapses and breathing stops, often followed by gasping or choking that momentarily wakes the person, and this happens many times throughout the night. The condition is more common in men and obese people, and risk for it increases with age.

To see how much of a problem it is for commercial drivers carrying dangerous payloads, the researchers recruited among specially trained and regulated drivers who transport flammable materials like petroleum, diesel, propane and methane in northern Italy.

None of the 283 participants, all of them male, reported OSA symptoms at the beginning of the study. All filled out questionnaires, and based on their responses and other characteristics, researchers suspected 139 of them of having OSA. All of these suspected cases, and a portion of those not suspected to have OSA underwent sleep testing at home, which showed that more than a third of the drivers, 100 men, had obstructive sleep apnea.