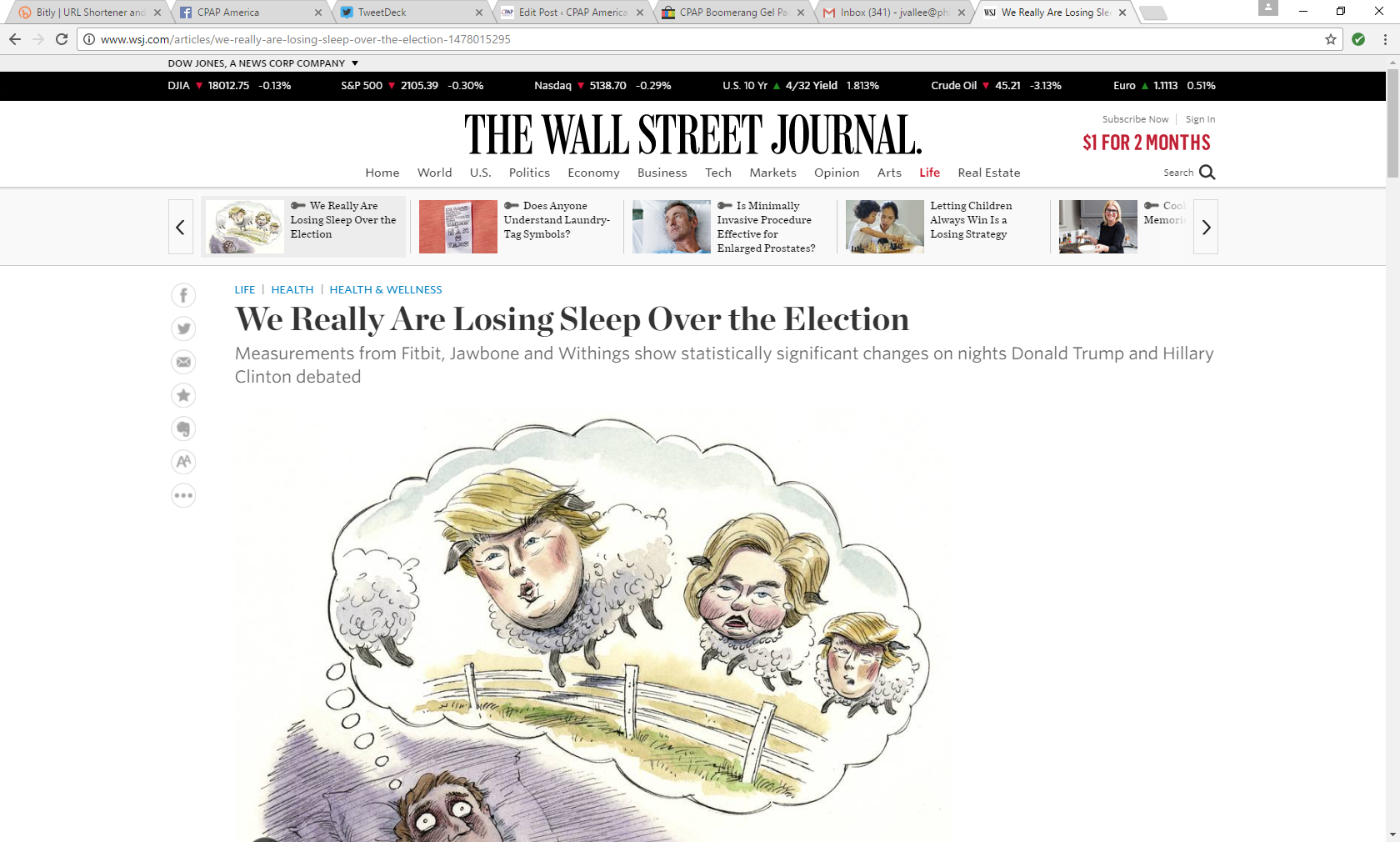 Is The Presidential Election Having An Affect On Our Sleep?

Wearable devices that track exercise and other vital signs reveal what many have suspected: The election is making us lose sleep.

The night of the first presidential debate between Hillary Clinton and Donald Trump, Sept. 26, Fitbit users nationwide slept an average of 4.2 minutes less than they did the Monday before and the Monday after the debate. Users’ average sleep typically varies only about one to two minutes from one Monday to the next, so the change on the debate night is statistically significant, according to San Francisco-based Fitbit.

The numbers are based on average sleep data from 10 million Fitbit users nationwide. The company gets its data when users sync their trackers wirelessly to mobile devices or computers through an app that displays their personal stats. Fitbit aggregates users’ data and removes identifying information before analyzing the data.

The debate-night effect was most pronounced for those in the Eastern time zone, with people in Indiana, Florida, South Carolina and Washington, D.C. sleeping at least 10 minutes less on the first-debate night than usual.

But it also appeared in states where the first debate ended hours before a typical bedtime: Californians and Texans both slept at least five minutes less than usual.

“Is it going to have a meaningful effect on your cognitive performance the next day? Probably not,” says Shelten Yuen, Fitbit vice president of research. But, he adds, “some people are more affected than others.”