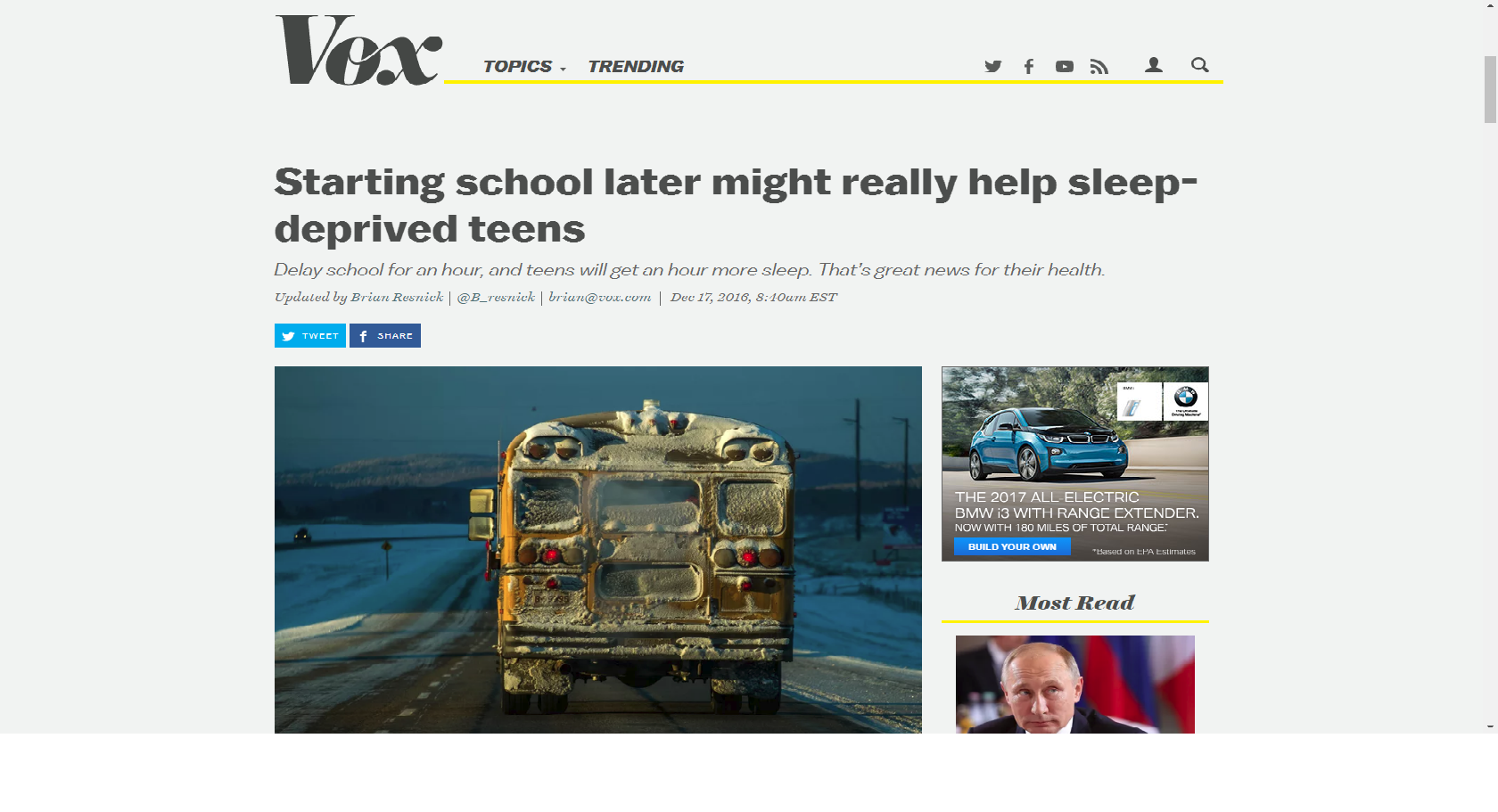 When teens want to sleep in on a school day, they’re not being lazy. For one, teens need more rest than adults: about eight or nine hours a night, compared with about the six or seven their parents require. Teens, biologically, really do crave sleep.

Which is a problem when it comes to education. Most high schools start before 8 am to help parents get to work by 9 am. Early school start times also give kids more time for after-school activities like sports or theater.

But that has consequences: Around 69 percent of high school students get less than eight hours of sleep on a school night, according to the Centers for Disease Control and Prevention, which puts these teens at risk of negative impacts on health.

There may be a simple fix: Start schools at a later time.

This is a solution supported by both the America Medical Association and the American Academy of Pediatrics. The AMA urges schools to start no earlier than 8:30 am. In 2014, the Academy of Pediatrics wrote that “the urgency and the magnitude of the problem of sleep loss in adolescents” warranted big changes in school start times.

But it’s not a foregone conclusion that later start times will ensure teens sleep more. Later start times could lead teens to go to bed even later. Or parents might still wake them up early. When it made its recommendation, the Academy of Pediatrics admitted “it is clear that additional research is needed to further document the effects of changes in school start times over time.”

A new meta-analysis in the Journal of Clinical Sleep Medicine analyzed 18 studies on start times. It finds that when school starts up to an hour later, students typically do get around 19 minutes more sleep, on average. When start times are delayed more than an hour, that average increases to 53 minutes of extra sleep.