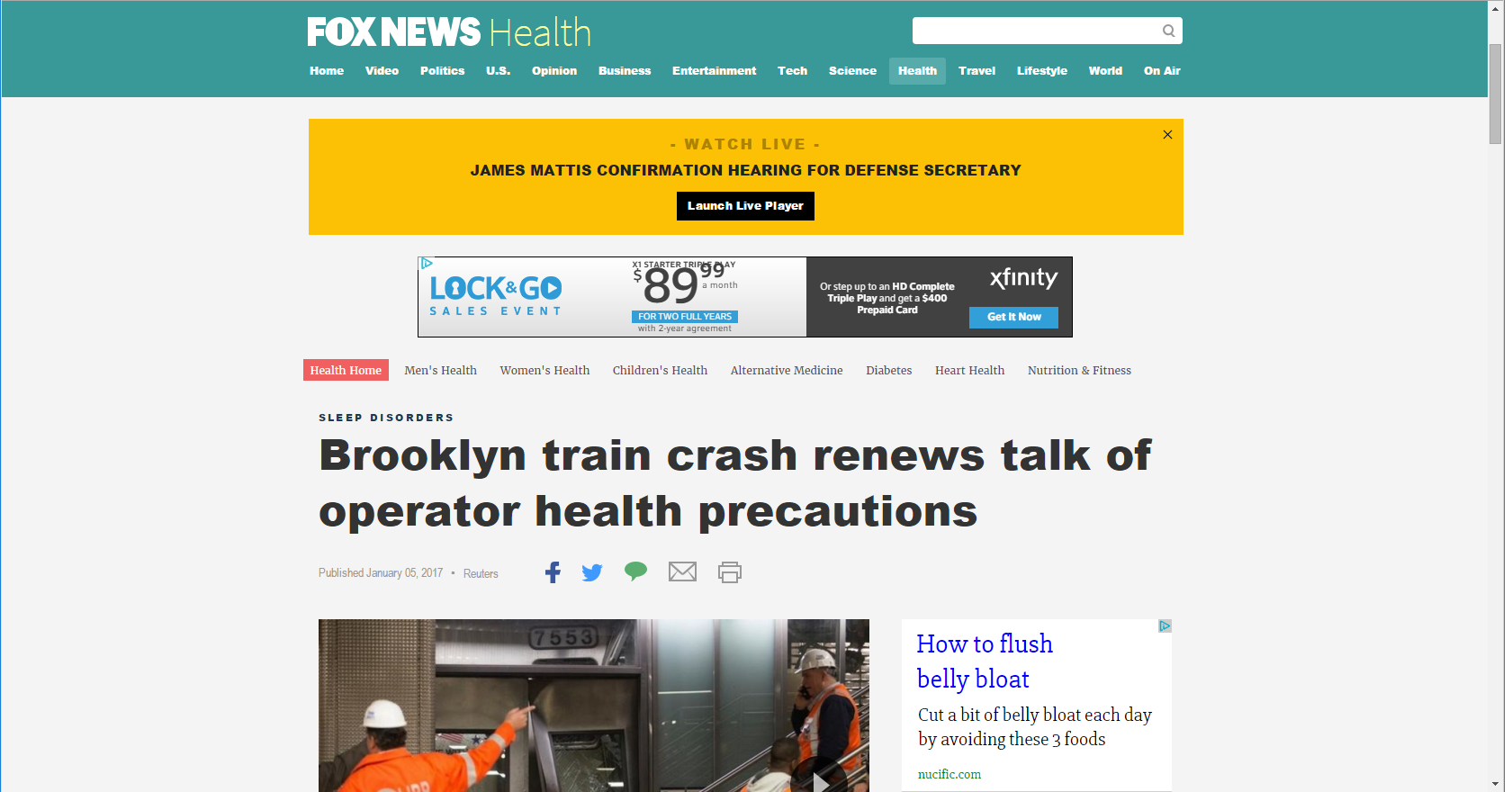 Sleep Apnea Has Become A New Focus of the Transportation Industry

NEW YORK –  A commuter train crash at a busy New York City terminal on Wednesday morning was the latest of several accidents that have focused attention on how rail agencies monitor the health of their operators, especially sleep disorders like sleep apnea.

The cause of the Long Island Rail Road (LIRR) derailment, which injured more than 100 people at Brooklyn’s Atlantic Terminal, remains unknown. But officials immediately drew comparisons to a similar crash in Hoboken, New Jersey, in September that involved a driver who apparently suffered from a sleep disorder.

“This is minor compared to what happened in Hoboken,” New York Governor Andrew Cuomo said at a news conference. “But the same question: why did the operator not stop the train before it hit the block?”

The Hoboken crash, which killed one person and injured more than 100, remains under investigation. An attorney for the engineer of the NJ Transit train has cited undiagnosed severe sleep apnea, which restricts breathing during sleep, causing daytime drowsiness and attention deficits. The condition can be triggered by obesity, family history and age and is more often seen in men.

The disorder has been linked to other crashes as well, including the 2013 derailment of a Metro-North Railroad commuter train in New York City. A National Transportation Safety Board report concluded that the driver had undiagnosed sleep apnea that contributed to the accident.

The NTSB has also found sleep apnea likely played a role in several freight crashes, including a 2011 collision in Iowa and a 2013 accident in Missouri.

A union representative for LIRR engineers could not be reached on Wednesday.

The agency in March began the process of drafting a rule in conjunction with the U.S. trucking regulator that would require railroads and truck companies to ensure medical examinations for drivers include sleep apnea screening.