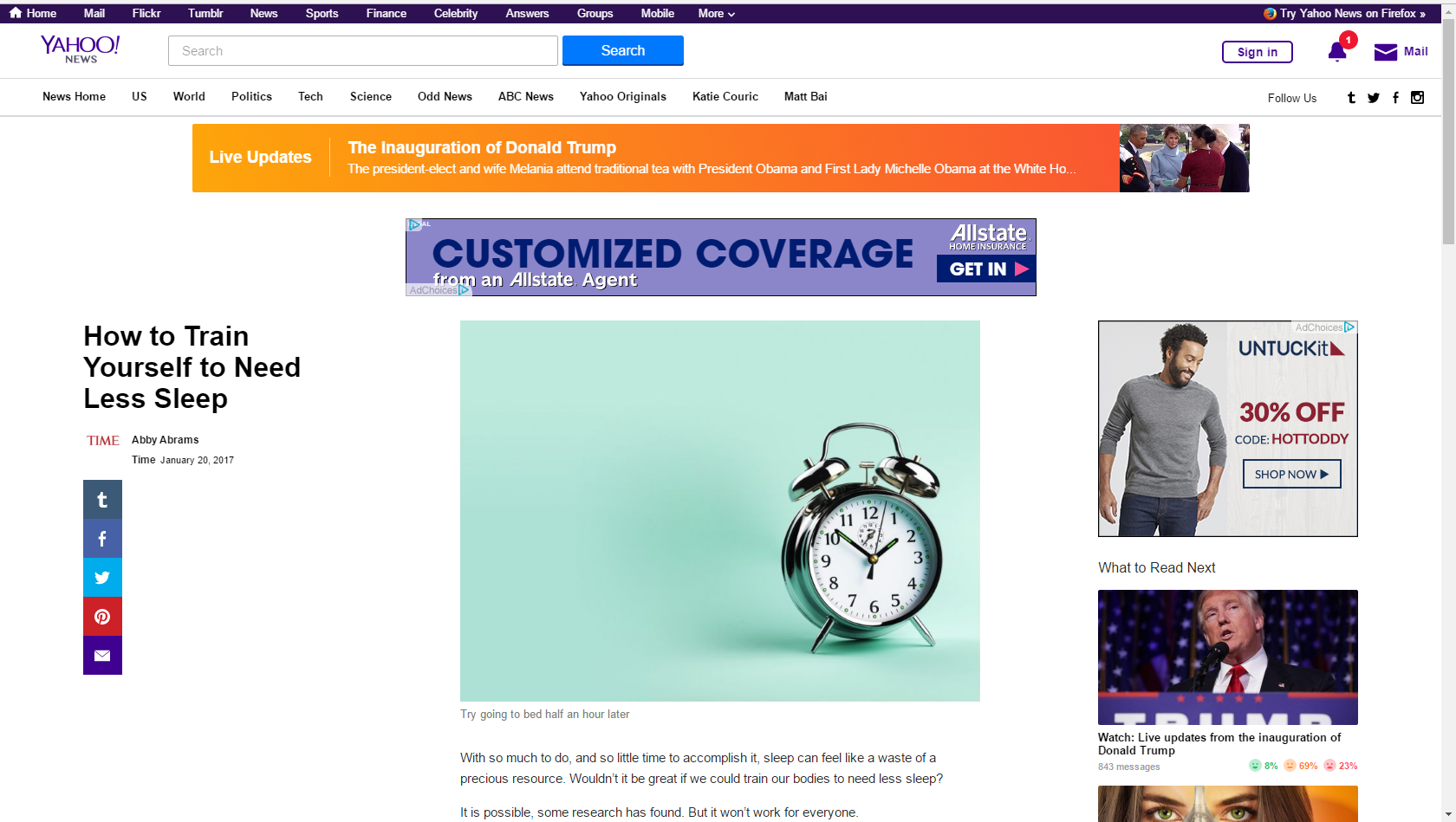 Sleep: Can You Actually Train Yourself To Get Less Of It?

With so much to do, and so little time to accomplish it, sleep can feel like a waste of a precious resource. Wouldn’t it be great if we could train our bodies to need less of it?

It is possible, some research has found. But it won’t work for everyone.

“There are far more people who would like to need less shut eye than who actually need less sleep,” says Dr. Daniel Buysse, professor of psychiatry at the University of Pittsburgh and a past president of the American Academy of Sleep Medicine. Though the amount of rest a person needs each night depends on their age and physical activity, most healthy adults should get between seven and nine hours each night. Many don’t hit that target: about one third of Americans get less than seven hours a night, according to the Centers for Disease Control and Prevention.

Sleep is vital for the brain and the body to function at their best, and when a person doesn’t get enough of it, their brain can’t repair or build new pathways, Buysse says. That makes it more difficult to retain information, engage in complex thinking and stay focused. Sleep deficiency has also been linked to physical health problems, such as obesity, high blood pressure and heart disease.

When you slash your resting hours, your body notices—even if you don’t. In one famous study, people cut down their rest to just six hours a night. Their cognitive performance and reaction times dropped as much as they did in people who went two full nights without sleep, and their bodies didn’t adapt to the new sleep schedule, even though the short sleepers were mostly unaware of their poor performance.

“In some ways, sleep deprivation is like intoxication with alcohol,” Buysse says. “People routinely misjudge how impaired they are, and it’s been shown the same thing happens with insufficient sleep.”