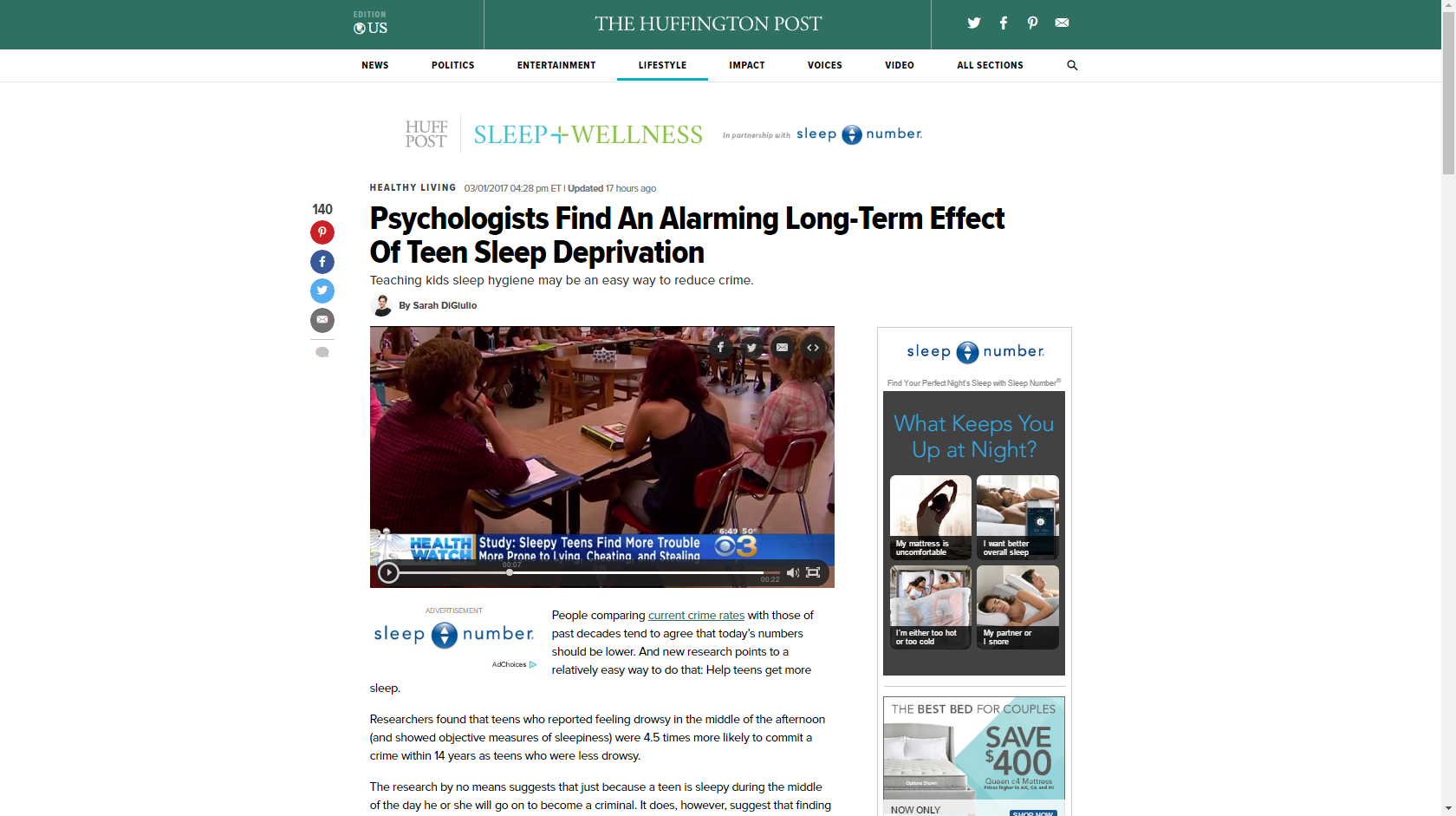 People comparing current crime rates with those of past decades tend to agree that today’s numbers should be lower. And new research points to a relatively easy way to do that: Help teens get more sleep.

Researchers found that teens who reported feeling drowsy in the middle of the afternoon (and showed objective measures of sleepiness) were 4.5 times more likely to commit a crime within 14 years as teens who were less drowsy.

The research by no means suggests that just because a teen is sleepy during the middle of the day he or she will go on to become a criminal. It does, however, suggest that finding ways to help teens get more sleep may prevent some of the behaviors that make them more likely to get into trouble later on, study author Adrian Raine, a University of Pennsylvania professor in criminology, psychiatry and psychology, told The Huffington Post.

“Just asking teenagers a simple question about how alert or sleepy they are can give us an indication of which kids may be more likely to commit crime in the future,” Raine explained.

Previous research has shown a link between antisocial behavior in kids ― breaking rules, not listening to parents and teachers, swearing and fighting ― and sleep problems (and that it’s sleep problems causing the behavior, rather than the other way around). And there’s plenty of research to suggest that kids who are more combative and disobedient are more likely to be involved in criminal activity as adults.