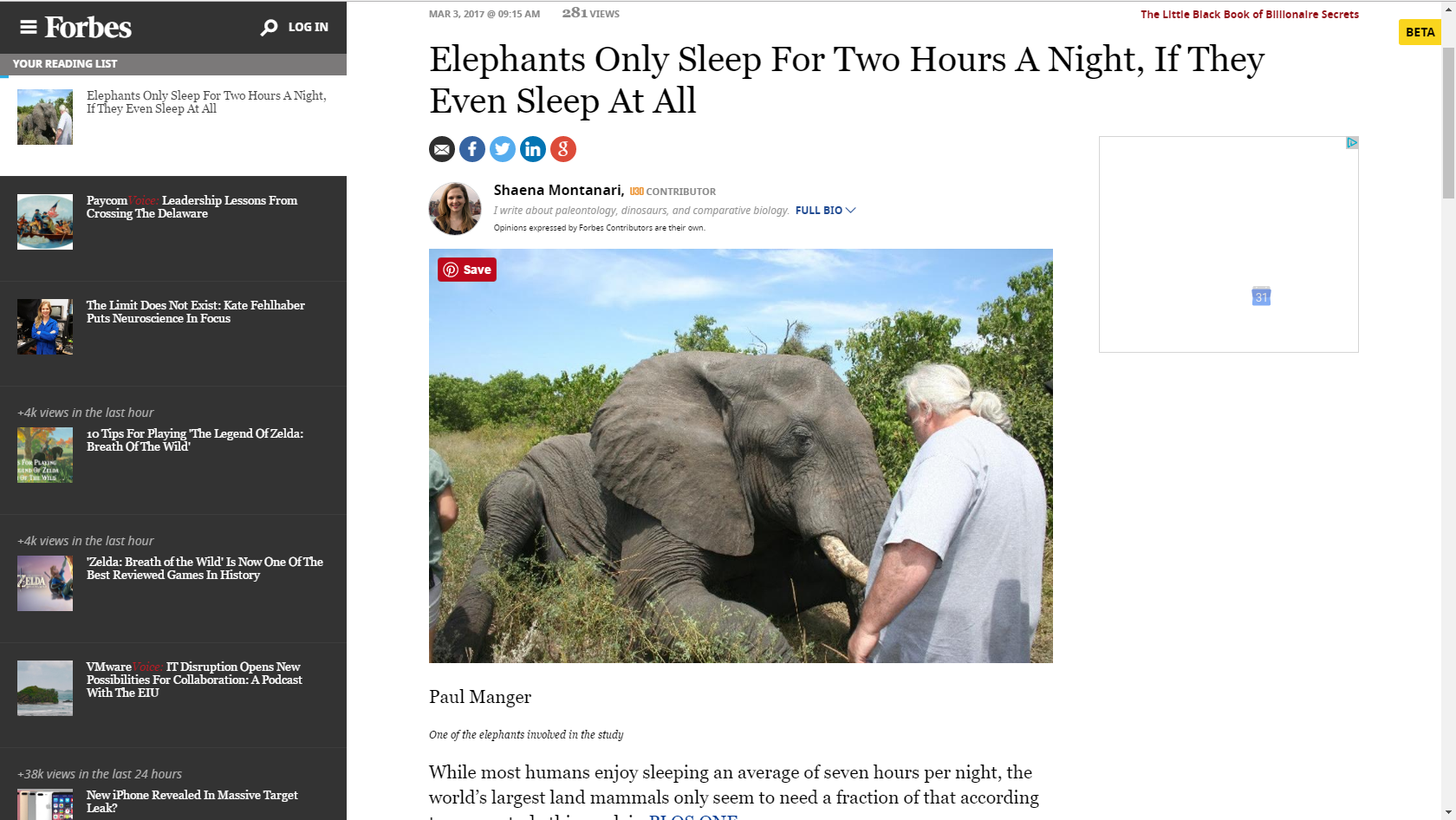 Elephants Get Very Little Sleep: How Much Will Surprise You

While most humans enjoy sleeping an average of seven hours per night, elephants, one of the world’s largest land mammals, only seem to need a fraction of that according to a new study this week in PLOS ONE.

Researchers have studied the sleep patterns of captive elephants for years, but measuring sleep in the wild is a bit tricky. In a study by Paul Manger from the University of the Witwatersrand and colleagues, two female wild African elephants in Botswana were outfitted with a GPS collar complete with a gyroscope to better understand the mysterious slumbering habits of these massive creatures.

So how can someone tell if an elephant is sleeping? It turns out a good proxy is trunk movement. In this study, the elephant was officially marked as sleeping after five or more minutes of trunk inactivity. In order to measure this, Manger and colleagues actually had to put a sensor in the trunk to accurately track when it stopped swaying and moving. The gyroscope is in the collar to detect when the elephants are lying down—but actually, they usually sleep standing up, which is why trunk movement is a better proxy for sleep.

After 35 days, the results from the GPS collar revealed scads of new information about their sleeping habits. Taken together, the elephants averaged two hours of sleep per night, although they did not sleep two hours in a row. Most nights each elephant would sleep for an hour, and then have about four more episodes of 15-minute-long sleep.

They also found elephants do most of their sleeping standing up and only slept in the recumbent position ten days out of the study period. This may not seem very restful, but it gets even worse—two of the days, these elephants did not sleep at all and traveled over 18 miles. In captivity, elephants can snooze every day, but in the wild, the likely presence of poachers or predators are keeping elephants up and moving for 46 hours in a row.