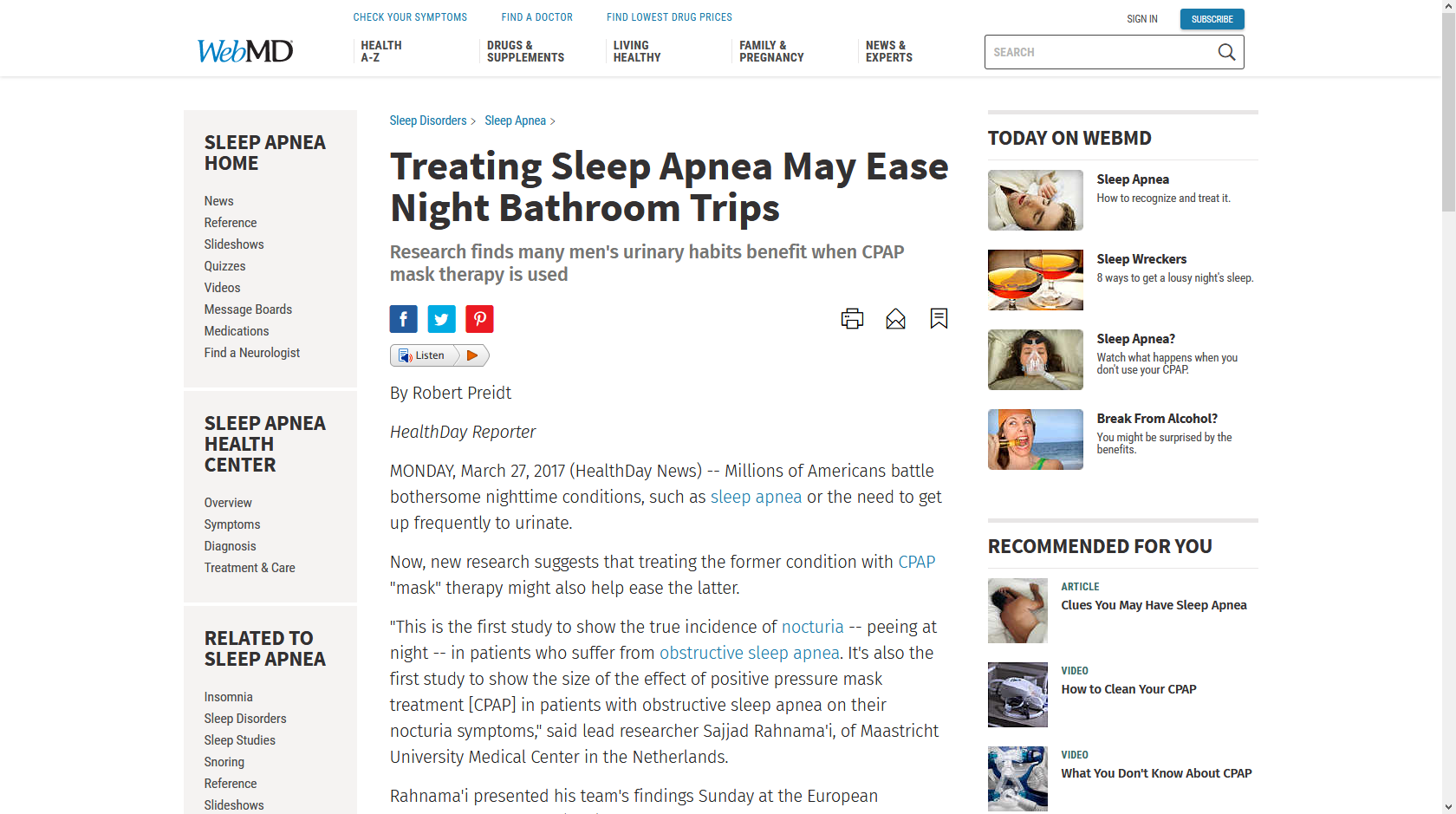 MONDAY, March 27, 2017 (HealthDay News) — Millions of Americans battle bothersome nighttime conditions, such as sleep apnea or the need to get up frequently to urinate.

“This is the first study to show the true incidence of nocturia — peeing at night — in patients who suffer from obstructive sleep apnea. It’s also the first study to show the size of the effect of positive pressure mask treatment [CPAP] in patients with obstructive sleep apnea on their nocturia symptoms,” said lead researcher Sajjad Rahnama’i, of Maastricht University Medical Center in the Netherlands.

“No one is certain why this association occurs, although there are plausible theories,” said Dr. Alan Mensch, chief of pulmonary medicine at Plainview Hospital in Plainview, N.Y.

“It is known that untreated sleep apnea patients produce a larger urine volume at night,” he said. Also, the oxygen depletion that occurs in episodes of sleep apnea stimulate blood flow to the kidneys, Mensch said, and simply being awakened may also make people more aware of the need to pee.

Whatever the cause, Mensch said research shows that almost one-third of men aged 60 and older are bothered by nocturia.

Could treating sleep apnea lower that number? To find out, the Dutch researchers tracked outcomes for 256 people who were treated for obstructive sleep apnea with continuous positive airway pressure (CPAP). In this therapy, patients receive a constant stream of air through a mask, which helps prevent their airways from collapsing during sleep.