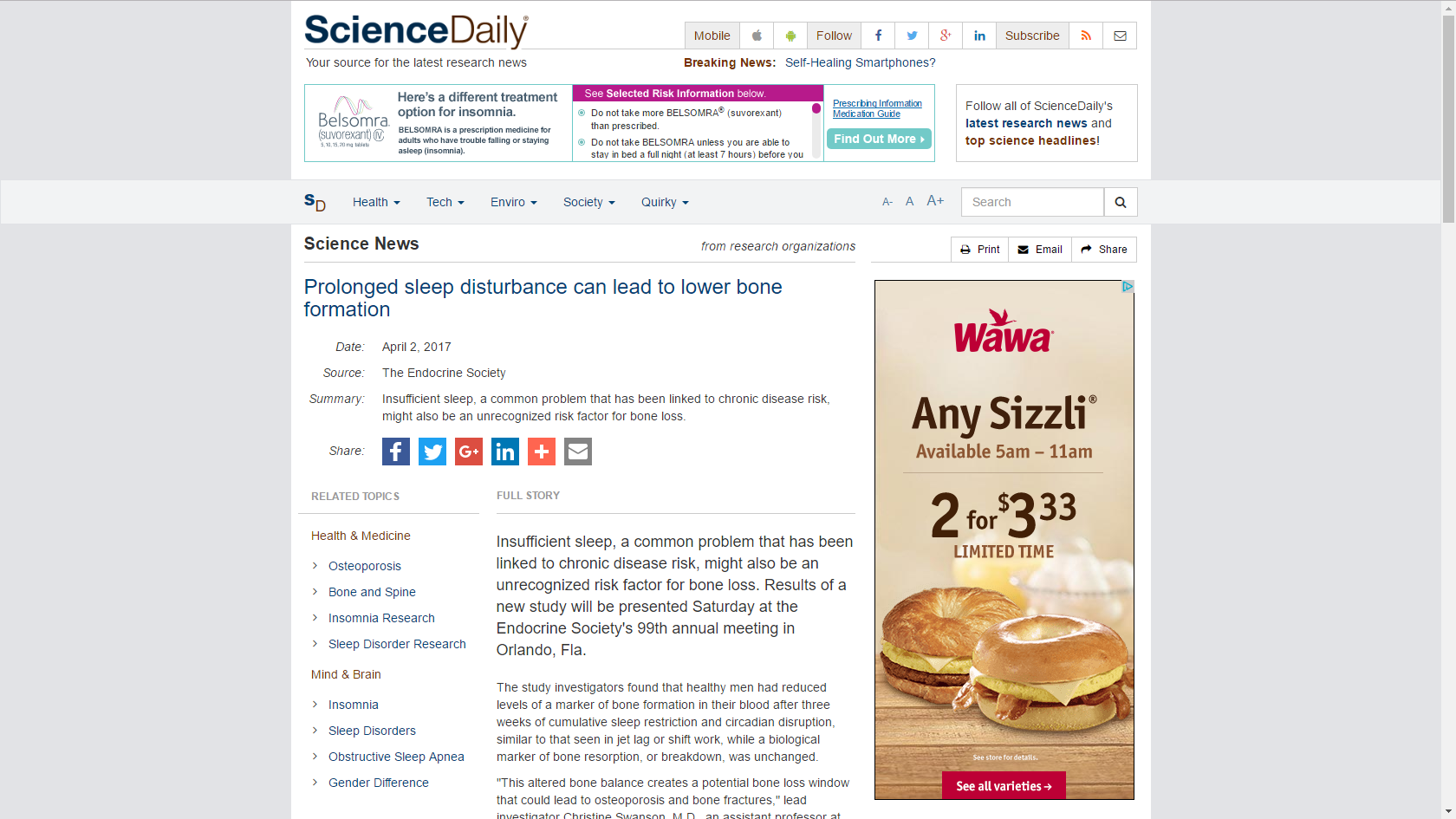 Inconsistent Sleep Can Eventually Cause Loss Of Bone Formation

Insufficient sleep, a common problem that has been linked to chronic disease risk, might also be an unrecognized risk factor for bone loss. Results of a new study will be presented Saturday at the Endocrine Society’s 99th annual meeting in Orlando, Fla.

The study investigators found that healthy men had reduced levels of a marker of bone formation in their blood after three weeks of cumulative sleep restriction and circadian disruption, similar to that seen in jet lag or shift work, while a biological marker of bone resorption, or breakdown, was unchanged.

“This altered bone balance creates a potential bone loss window that could lead to osteoporosis and bone fractures,” lead investigator Christine Swanson, M.D., an assistant professor at the University of Colorado in Aurora, Colo., said. Swanson completed the research while she was a fellow at Oregon Health & Science University in Portland, Ore., with Drs. Eric S. Orwoll and Steven A. Shea.

“If chronic sleep disturbance is identified as a new risk factor for osteoporosis, it could help explain why there is no clear cause for osteoporosis in the approximately 50 percent of the estimated 54 million Americans with low bone mass or osteoporosis,” Swanson said.

Inadequate sleep is also prevalent, affecting more than 25 percent of the U.S. population occasionally and 10 percent frequently, the Centers for Disease Control and Prevention report.

The 10 men in this study were part of a larger study that some of Swanson’s co-authors conducted in 2012 at Brigham and Women’s Hospital in Boston, Mass. That study evaluated health consequences of sleep restriction combined with circadian disruption. Swanson defined circadian disruption as “a mismatch between your internal body clock and the environment caused by living on a shorter or longer day than 24 hours.”