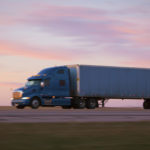 The aftermath of the horrific crash that severely injured comedian Tracy Morgan and killed his friend, James “Jimmy Mack” McNair, has brought the issue of trucker fatigue to the national forefront. Two New Jersey Senators, Cory Booker and Stephen Sweeney, have played major roles over the last several years regarding efforts to curtail driving fatigue in the Garden State.

Booker recently introduced a bill called the Truck Safety Act, which would require truckers to be paid by the cumulative hours they’ve worked, as opposed to the miles they’ve covered. When truckers are paid on the miles they drive, they put everyone who travels with them on the road at a serious risk if they’re suffering from sleep deprivation, or if they have specific medical conditions that hinder their driving skills. A study conducted by the University of Pennsylvania and sponsored by the Federal Motor Carrier Safety Administration (FMCSA) and the American Transportation Research Institute of the American Trucking Associations found that almost one-third (28 percent) of commercial truck drivers have mild to severe sleep apnea.

Kevin Roper, the driver of the Walmart tractor-trailer that hit Morgan’s limo bus, did admit that he was sleepless for 24 hours prior to the accident. Whether Roper suffers from sleep apnea or other medical afflictions is unknown, and while FMCSA regulations do not specifically address sleep apnea, a person with a medical history or clinical diagnosis of any condition likely to interfere with their ability to drive safely, can’t be medically qualified to operate a commercial motor vehicle for purposes involving interstate commerce. However, the driver can return to work if they’ve been successfully treated for their respective medial ailment. Whether Booker’s efforts are successful remains to be seen, but it’s possible that the fatal accident involving McNair could have been prevented as a result of state regulations.

Senator Sweeney has also been doing his part to prevent people from driving who are sleep deprived. Sweeney was largely responsible for the passing of Maggie’s Law, which was originally passed by New Jersey state legislature in 2003. Because of Maggie’s Law, drivers who have killed someone after not sleeping for more than 24 hours can be charged with vehicular homicide. The bill is named after Maggie McDonnell, a Washington Township, New Jersey resident who was killed in 1997 by a driver who was awake for more than 24 hours.

CPAP America will keep you posted on the efforts of our lawmakers to establish safer conditions for drivers in the state of New Jersey.