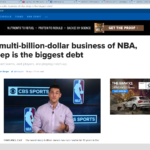 Even LeBron James Is Affected By Sleep Loss

The worst sleep LeBron James has ever had in his 13 years in the NBA was in the aftermath of the 2011 Finals.

END_OF_DOCUMENT_TOKEN_TO_BE_REPLACED 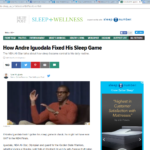